At 300m below the ocean’s surface, blue is the last color you see before everything goes black – a place few people will ever experience. Like a visit to the deep sea, few people ever experience the thrill of winning a Masters – the premier event on the PGA tour. Believe it or not, Sergio Garcia actually received Omega’s Deep Black timepiece (with blue highlights) as a gift from the prestigious watchmaker the day before the 2017 tournament began. A mere four days later, Sergio defeated Justin Rose in a playoff for the ages and received his green jacket in Butler Cabin becoming only the 51st person to win the major.

So, was it his Omega Deep Black timepiece that helped Sergio win his first major as a professional golfer? Let’s take a “deep-dive” into the statement piece worn by Sergio and the 51st green jacket. 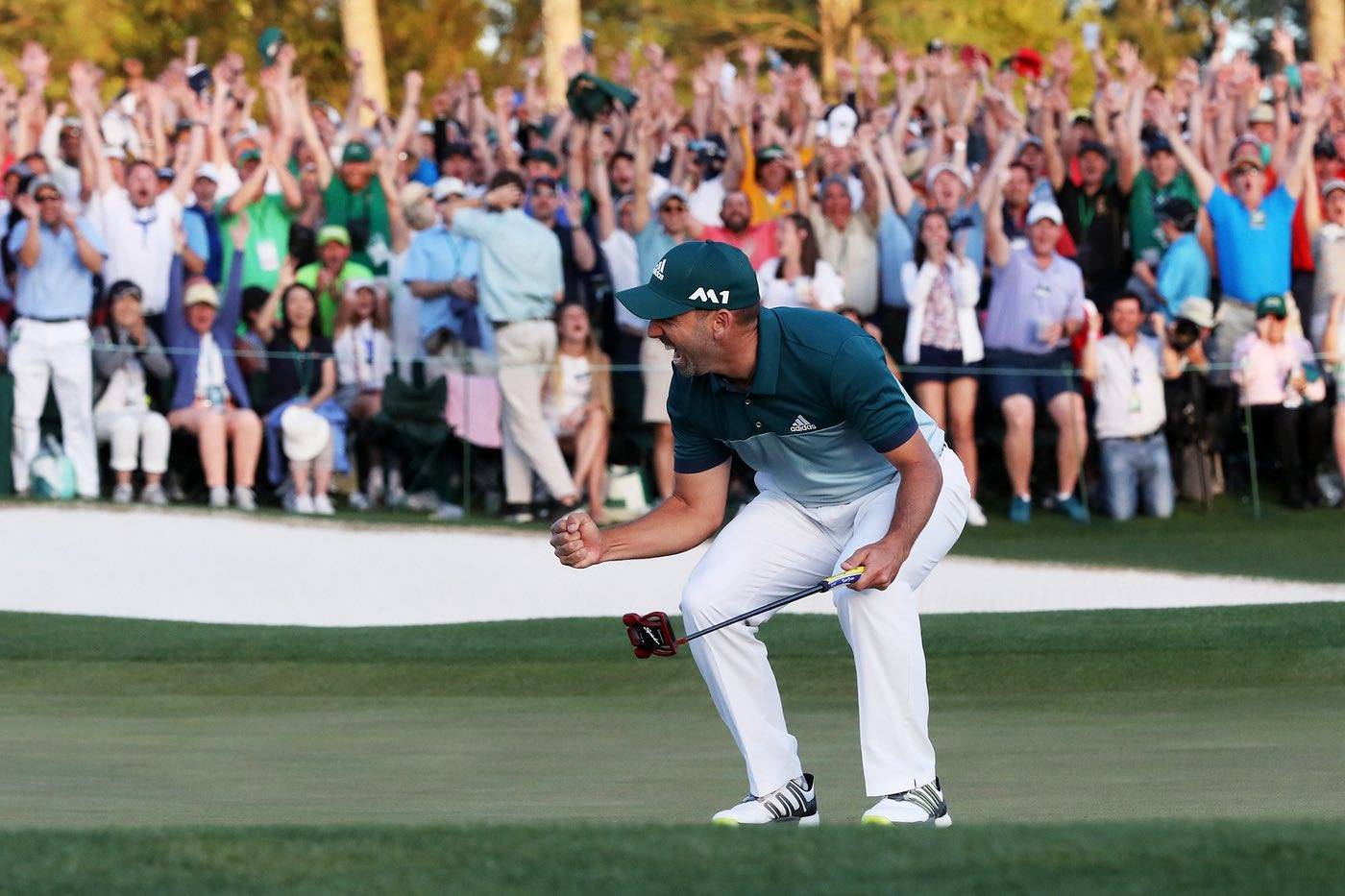 Released in June 2016, the Deep Black collection is comprised of four all-ceramic GMT dive watches. Carved from a single block of ceramic, these watches are strong, precise, and innovative – all qualities that helped Sergio navigate Augusta National on his way to victory.

The Deep Black timepieces feature the unique blend of traditional dive characteristics with a GMT (Greenwich Mean Time) complication. This provides an easy time zone adjustment no matter where you are on the planet. Garcia couldn’t have picked a better piece to match his personality – he’s affectionately nicknamed “El Niño” as he plays in tournaments around the globe.

Complete with a Helium Escape valve and indexes coated in Super-LumiNova (emanating ten times the brightness of older techniques), the Deep Black is a serious dive watch packed with twenty-first century technology. A unique first for watchmaking, the unidirectional bezel is a blend of rubber and ceramic, with the first fifteen minutes shown in blue, and Omega’s Liquidmetal completing the rest of the dive scale.

With intricate details like the chemical formula for ceramic on the lugs and blue rubber injections used to color the Omega logo on the crown, the Deep Black timepiece is as stylish as it is functional. Suffice to say this watch will look great on Sergio’s wrist for his upcoming wedding and honeymoon – we hope he pairs it with his winning jacket. 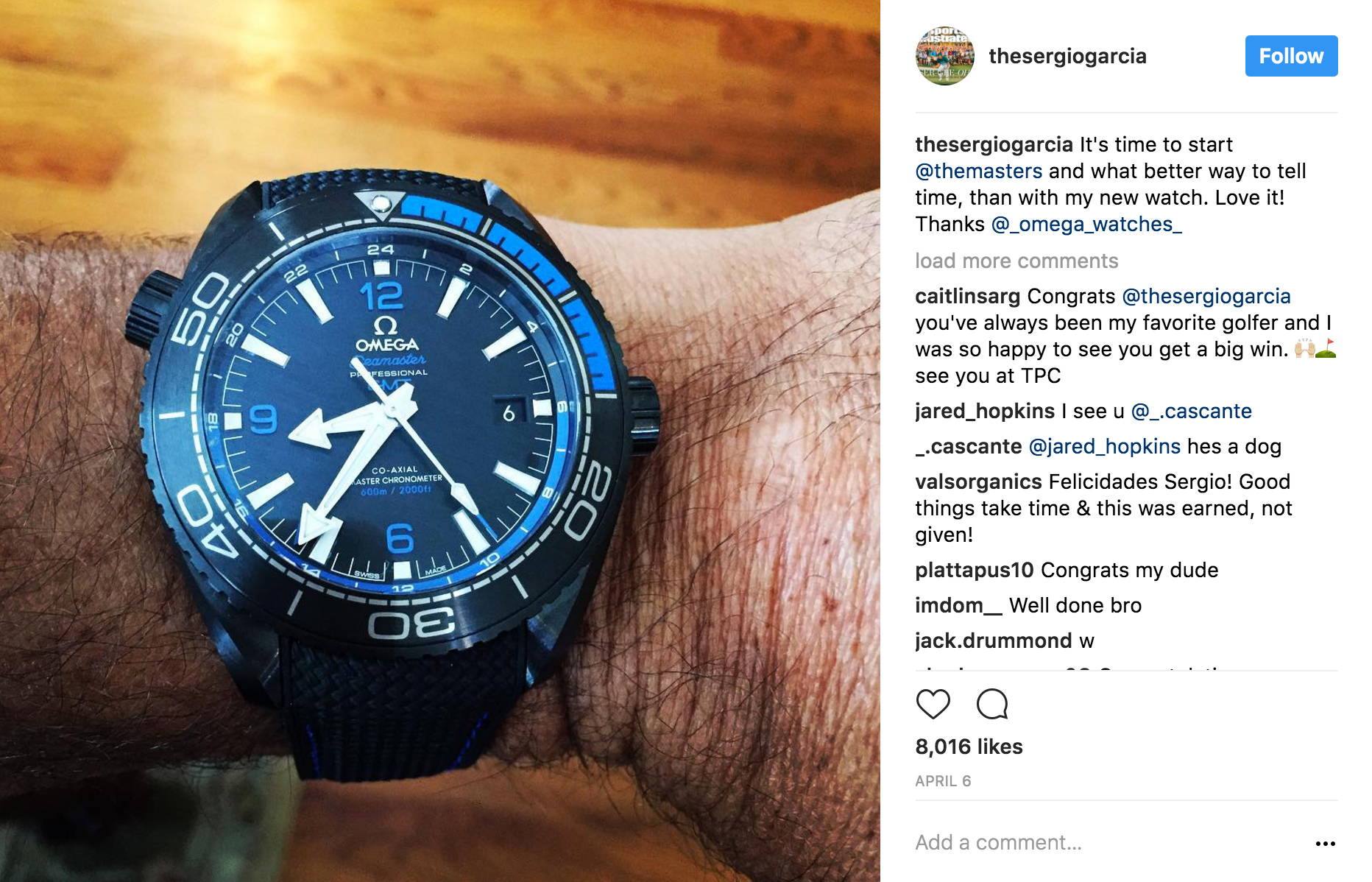 However, to achieve Master Chronometer status, the Deep Black timepieces must pass eight additional tests of rigor set by The Swiss Federal Institute of Metrology (METAS). These tests include resistance to magnetic fields as strong as 15,000 gauss, with continual measurement of the movement in multiple wearing positions. The final product is then tested for water and temperature resistance, producing a timepiece capable of standing up to the pressure of a playoff hole on Sunday at the biggest tournament of the year. 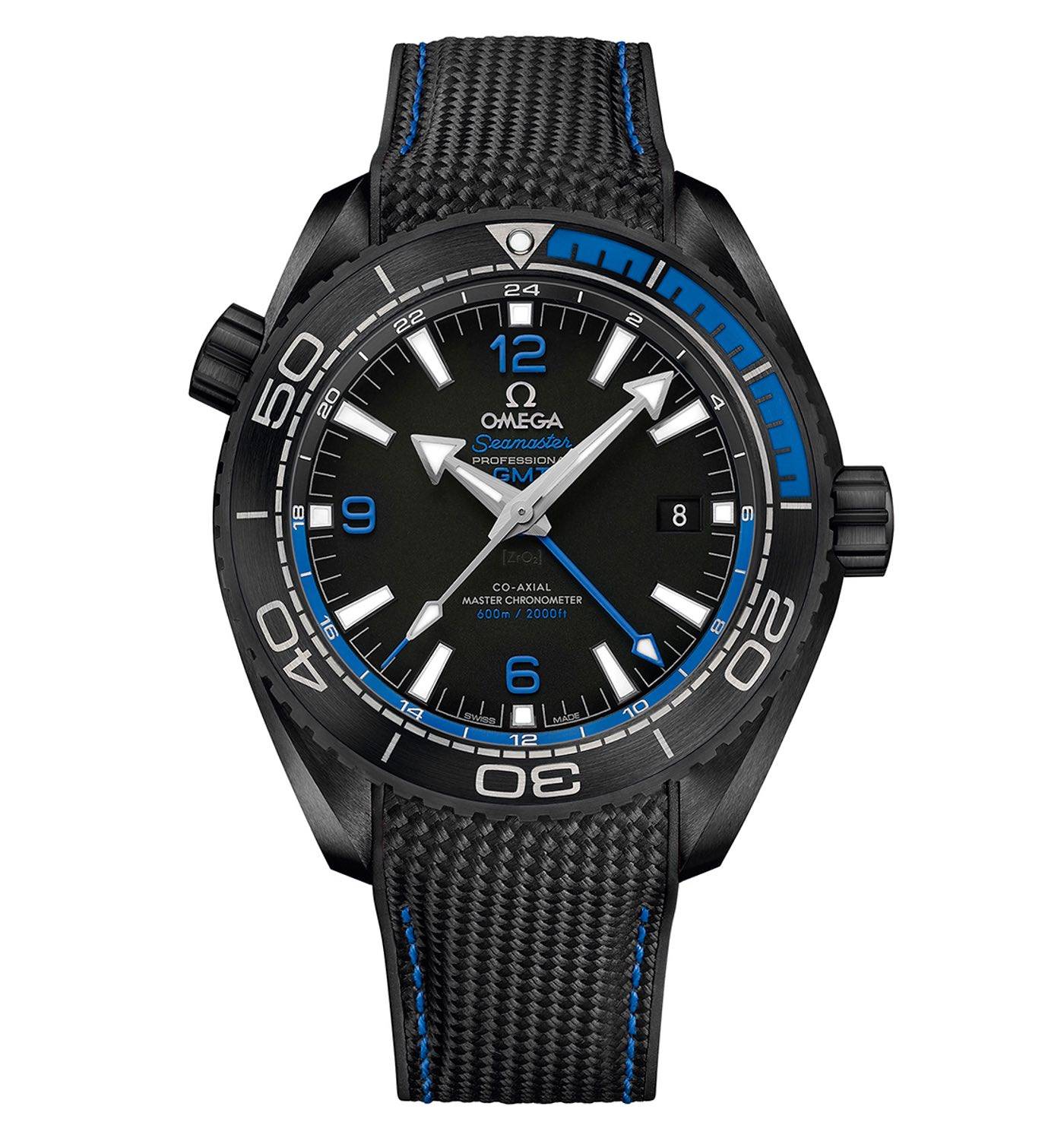 While it is unlikely that his watch assisted in his victory at The Masters (Sergio did not wear it while playing), we can all agree that the Omega Deep Black is as unique a combination of tradition and innovation as the tournament played every year at Augusta National Golf Club.

As Omega President and CEO Raynald Aeschlimann stated, “Sergio has proven that great things come with time. The final round was incredibly close and was such a great advertisement for the sport of golf. The fact that Sergio won and clinched his first Major title was the perfect way for it to end.”

With a blend of craftsmanship, precision, and a dash of style, we think the Deep Black is the perfect watch for Sergio to wear under his new Green Jacket.

Feel free to come into our Shreve & Co store in Palo Alto and speak to an expert about why a Masters champion selected this extraordinary Omega timepiece. All of the staff can discuss the merits of the Deep Black collection, but if you really want to hear more about the history, ask for Geoff in our Palo Alto location. You can also schedule an appointment here.