This time of year, things are as green as green can be. Maybe things aren’t any greener than before, but after months of grey and brown, the green of May seems particularly special. It’s no small coincidence that this month’s birthstone is the brilliant green emerald. Like the season of spring, the emerald is a symbol of rebirth, good fortune, and youth.

Some of the oldest emeralds known date back almost 3 billion years. When the Egyptians started to mine emeralds in 330 B.C., Cleopatra promptly proclaimed ownership over the mines throughout the country. The association with Cleopatra and emeralds began a long connection with the jewel and royalty. Cleopatra likely thought she found something that was hers, and hers alone, but on the other side of the world, the Muzo Indians of Columbia were also mining emeralds. The gem and the mines were so cherished, they remained hidden from the Spanish conquistadors for almost twenty years before they were eventually found. 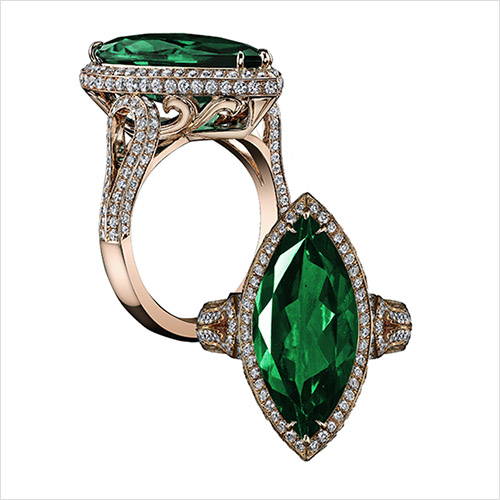 Like so many other precious stones, the emerald is believed to possess mystical powers. Everything from stomach problems to epilepsy can supposedly subside when an emerald is present. If you don’t need it for those two ailments, it was also believed to aid in fertility. Whether the emerald has magic powers is a conversation for another day, but the symbolism connected with it through the years is very real. It’s a symbol of loyalty, new beginnings, peace, and rebirth. An emerald gift, especially for those born in May, is meaningful and will be treasured for years. 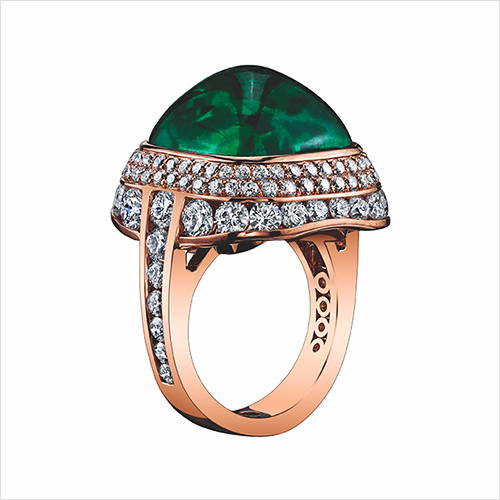 Found all over the world, emeralds are now mined in Columbia, Brazil, Afghanistan, and Zambia. They can range in color from light to a deep, rich green. A skilled gemologist with precise cutting talents can make an emerald show a deep green like you’ve never seen before. Like so many other gems, this ability to play with the light is what makes an emerald desirable and valuable. Elizabeth Taylor’s famous emerald pendant recently sold for $6.5 million.

Because of the rarity and value, always trust an AGS jeweler when purchasing an emerald. The prized possession of Cleopatra and the gem hunted by the conquistadors is not something to leave to guesswork.