Sundials are round, clocks are round, so it only makes sense for watches to be round. At least that seemed to be the rule, until Michel Parmigiani created the first tonneau-shaped movement in 2014 (that calls the Parmigiani Kalpa home). While the shape was certainly unconventional, people were also amazed by the eight-day power reserve and impeccable regularity. 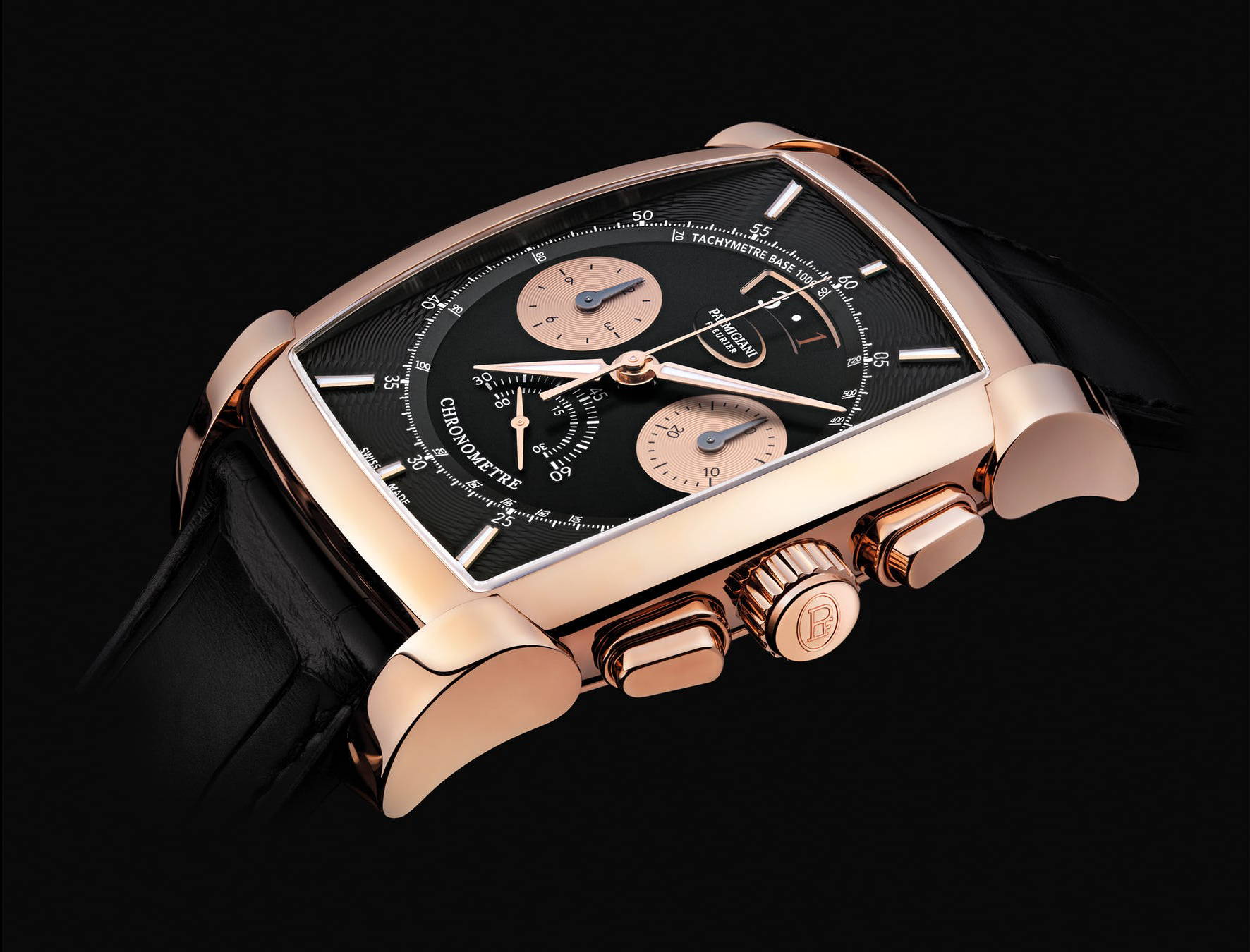 Let’s start with the fact that this watch has been six years in the making. The Kalpa Chronograph features a brand new in-house self-winding chronograph movement made almost entirely of gold (which is no small undertaking for any watchmaker). In fact, there are several major companies that you’d think would have an in-house self-winding chronograph but don’t, not even in a more responsive metal. Gold, by nature, is incredibly malleable, so creating a movement from the material is an amazing feat on its own. The watch’s movement, the PF365, features a 65 hour power reserve, rose gold plates and bridges, 84 individually hand-finished internal angles all inside a 48mm x 40mm hand polished rose-gold case. Oh, and it’s also certified by COSC and water resistant for up to 30 meters…

So, why spend so much time on making the inside look so incredible? Because you can see it from the outside, through the tonneau-shaped sapphire window. The Kalpa Chronor features a black bipartitie dial, also made of gold, with an opaline center surrounded by a tachymeter scale and a hand-worked braid-effect guilloché motif. You’ll also notice subdials at the 3 and 9 o’clock positions with a snailed finish and gold coloring. The watch’s delta-shaped hands are luminous-coated and the rose-gold numbers are faceted. For one more final dramatic touch, the black alligator strap culminates in a rose-gold folding clasp that is made by Hermès. 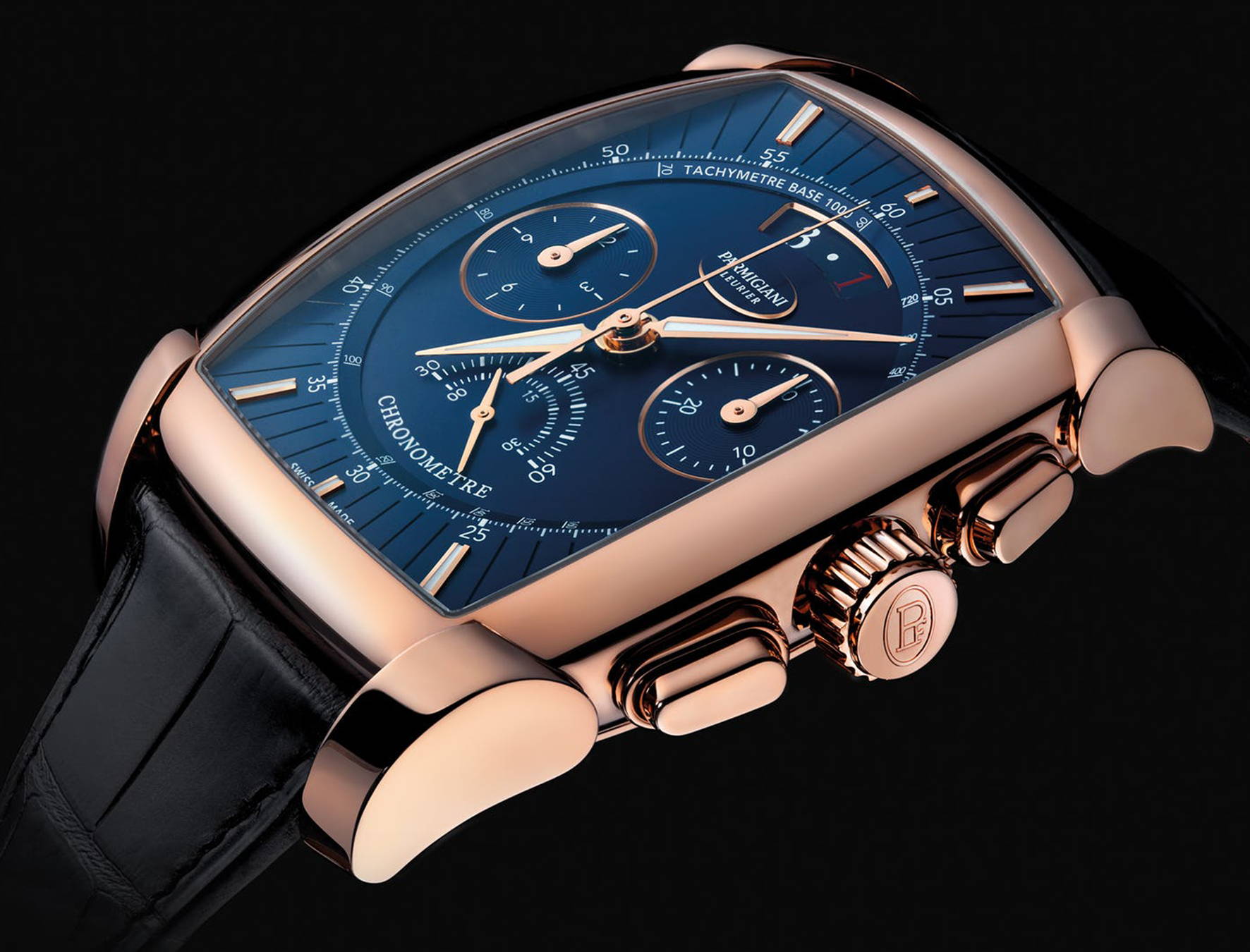 While the Kalpa Chronor is intended to be a showcase of technical horology and movement construction, the Kalpagraphe Chronometre takes a much more conventional approach. There are many similarities in shape and style to the Kalpa Chronor, and even the same self-winding movement and fierce precision. However, this piece doesn’t sport the same solid gold components, except for the 22 karat gold barley corn guillochéd rotor. It does feature a multilevel dial in Parmigiani’s striking “Abyss” blue color and, like the Chronor, an in-house, COSC-certified integrated automatic chronograph movement - something other manufacturers only dream about producing. 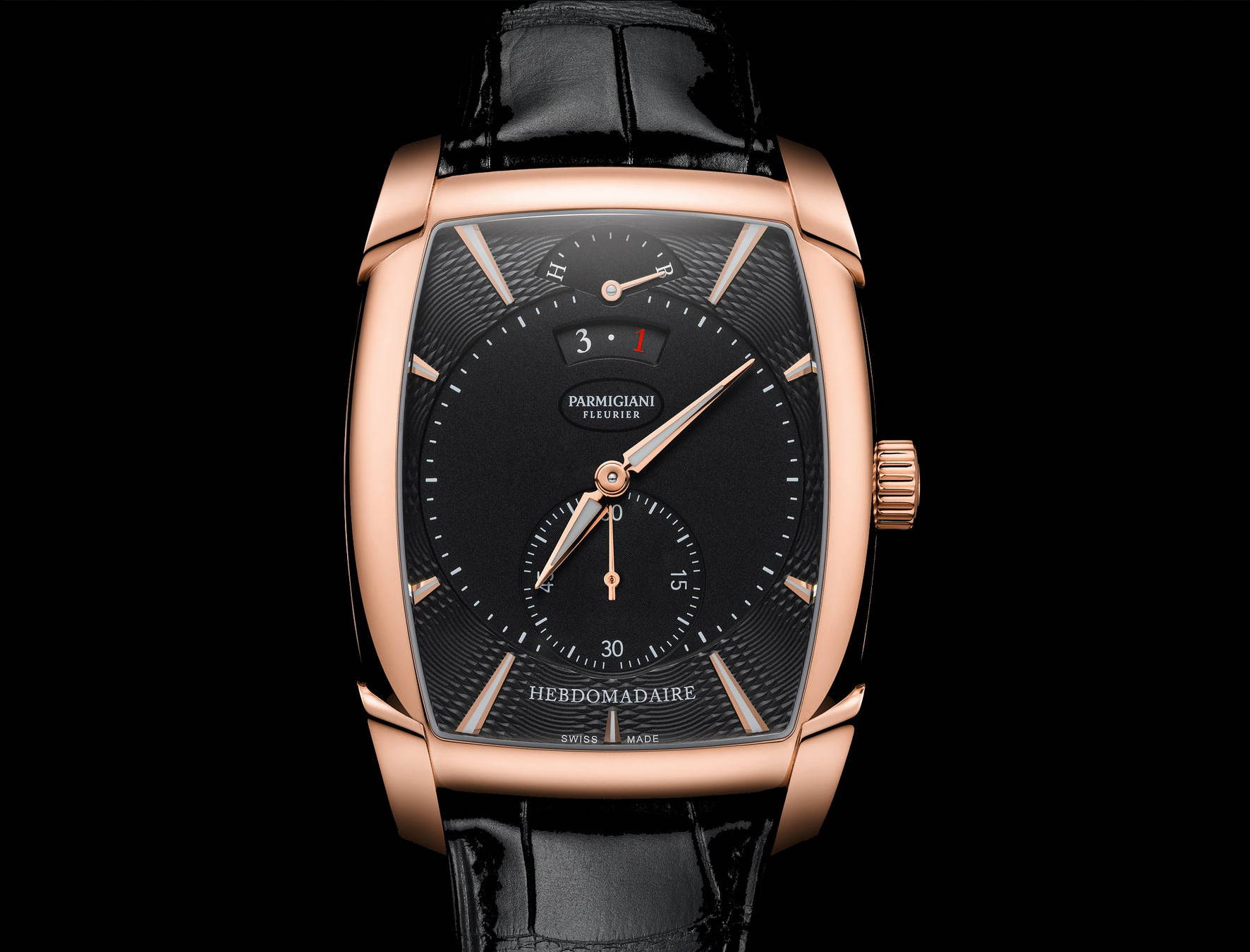 Unlike the other two pieces released at this year’s SIHH, the Kalpa Hebdomaire is a not a major technical innovation but is a exceptional addition to the existing lineup. This timepiece one of the few in-house, tonneau shaped, manually wound calibres in history and that offers an eight day power reserve. This watch has been updated with several next-generation finishes to PF110 movement, including côtes de Genevè textures, beveled bridges, and circular-graining. You can even see all these delicate workings through the sapphire caseback. The multilevel black dial on the front of the watch features an opaline-finished center, small second hand, and weekly power reserve scale all with a braid-effect guilloché flange. The luminescent Delta-shaped hands and faceted numbers add to the unique look of this unique watch.

Whichever piece of history you choose, Michel Parmigiani’s upgraded designs and all-new shaped movements will snugly hug the interior curves of the ergonomic tonneau cases. Stop by and take a look at Parmigiani's horological excellence inside our San Francisco location on Post Street.