Five exhibitors left Baselworld in 1991 with the aim of setting up an exclusive and private gathering for fine watchmaking. Salon International de la Haute Horlogerie (SIHH) took place over five days the first year and has taken place in January each year since, with exhibiting manufacturers exhibiting their latest timepieces. SIHH is where watchmaking debuts the latest and greatest each year. With the 2019 edition of SIHH upcoming from January 14th through 19th, we decided to take a look at some of the new pieces making their debut in Geneva this year. 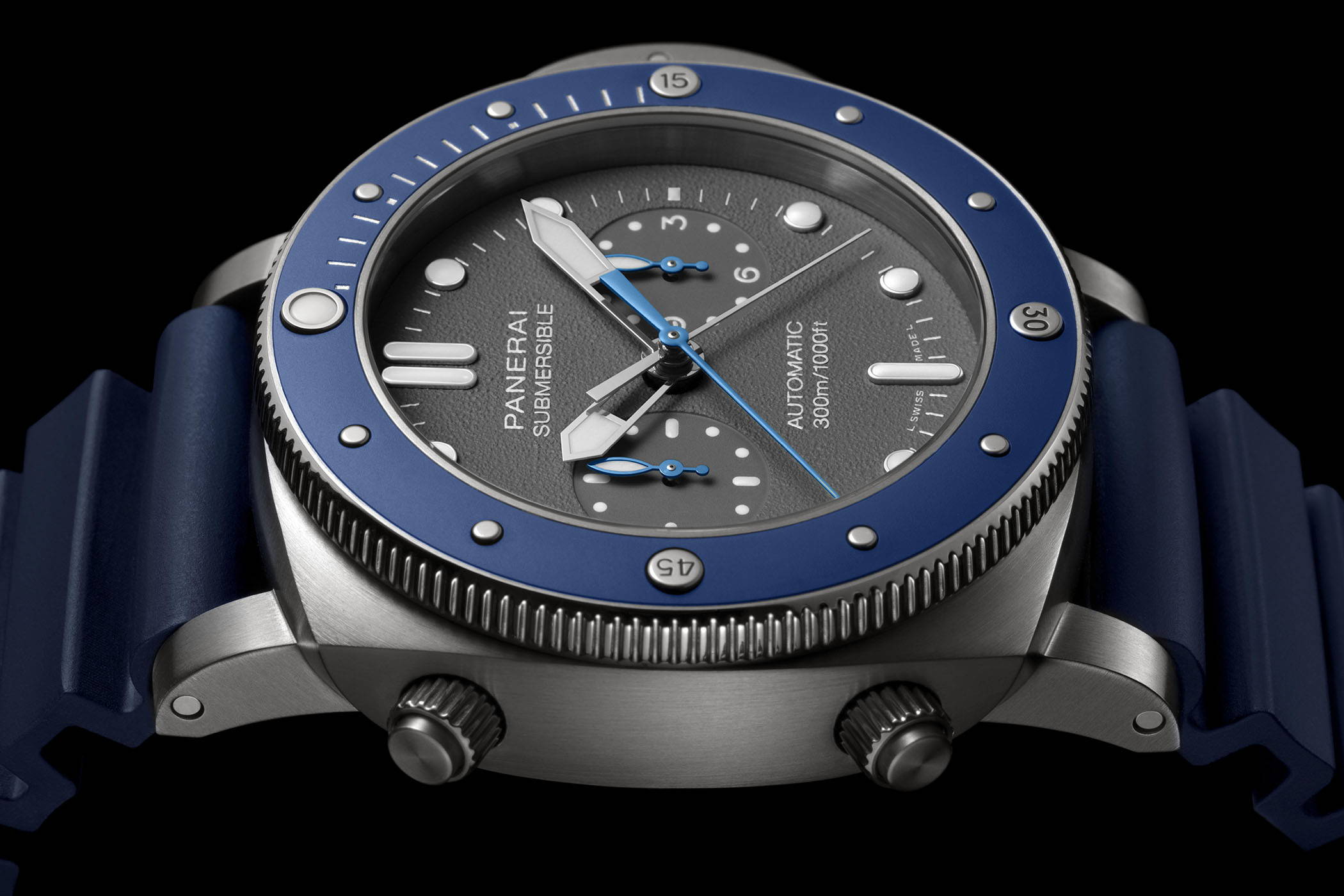 Panerai is excited to announce a new partnership with French Free-Diving Champion Guillaume Néry and has released the details of a new timepiece as part of the pre-SIHH 2019 introductions. The new submersible chronograph is aptly named the Panerai Submersible Chrono Guillaume Néry edition, or the PAM00982. Targeted at serious divers, the Panerai is presented with bold blue accents complemented by a striking shark grey textured dial. Titanium is used in the construction of the 47mm case, solid case back, and unidirectional rotating bezel. The resulting watch is lightweight and ultra-strong while still wearing comfortably on the wrist despite the impressive size. The bezel and case are corrosion-resistant and water resistant to 300m or 1000ft. To complement the blue accents, the bezel is finished with an applied blue ceramic disk.

The Guillaume Néry edition is powered by the in-house Panerai P.9100 calibre automatic movement with twin barrels providing a 72-hour power reserve. Hours and minutes are displayed centrally along with the chronograph seconds and minutes. The running seconds are displayed on a sub-dial at 9 o’clock with the elapsed chronograph hours counted on the sub-dial at 3 o’clock. The chronograph is operated by two screw-in pushers located at 8 and 10 o’clock respectively. The chronograph is also equipped with a device for zeroing the seconds hand to enable perfect synchronization with a reference signal. The solid screw titanium case back displays a rendering of Guillaume Néry free-diving, along with his signature and the depths of his final record dive achieved with a single breath: 126 meters.

The Panerai Submersible Chrono Guillaume Néry edition comes on a blue rubber strap which closes with a trapezoidal titanium buckle. There is nothing fancy or shiny about this timepiece, it is a proper dive watch with a focus on function and form over flash. While not a limited edition per se, the thought is that Panerai will keep production volumes fairly low. 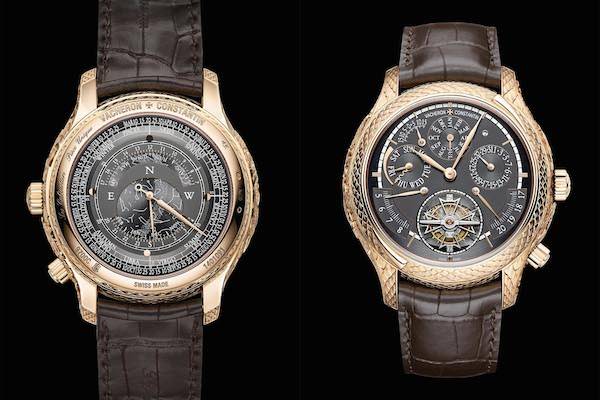 The watchmakers of the Les Cabinotiers department at Vacheron Constantin have created this one-of-a-kind twin-dial model set to debut at SIHH 2019. The watchmakers chose the famous Calibre 2755 manual movement to power the extremely complicated watch. The Calibre 2755 is dedicated to particularly complex models in the Grand Complication category to which this watch belongs and features a 58-hour power reserve. The intricate hand-engraved pink gold case displays the mythical Phoenix and houses an impressive timepiece with 15 complications. Slate-grey dials on both sides contrast the pink gold case and feature a clearly legible face of organized counters and various time indications. Among the fifteen complications are a perpetual calendar, sunrise and sunset, age and phase of the moon, solstices, sidereal hours and minutes power, minute repeater, and tourbillon. The most impressive feature of the Les Cabinotiers Grande Complication Phoenix is the case, hand-carved in a process involving 300 hours of craftsmanship to create the three-dimensional Phoenix in relief on pink gold. This combination of watchmaking expertise and ancestral craft is sure to be a centerpiece of SIHH in 2019 as Vacheron Constantin continually solidifies their standing as watchmaking par excellence. 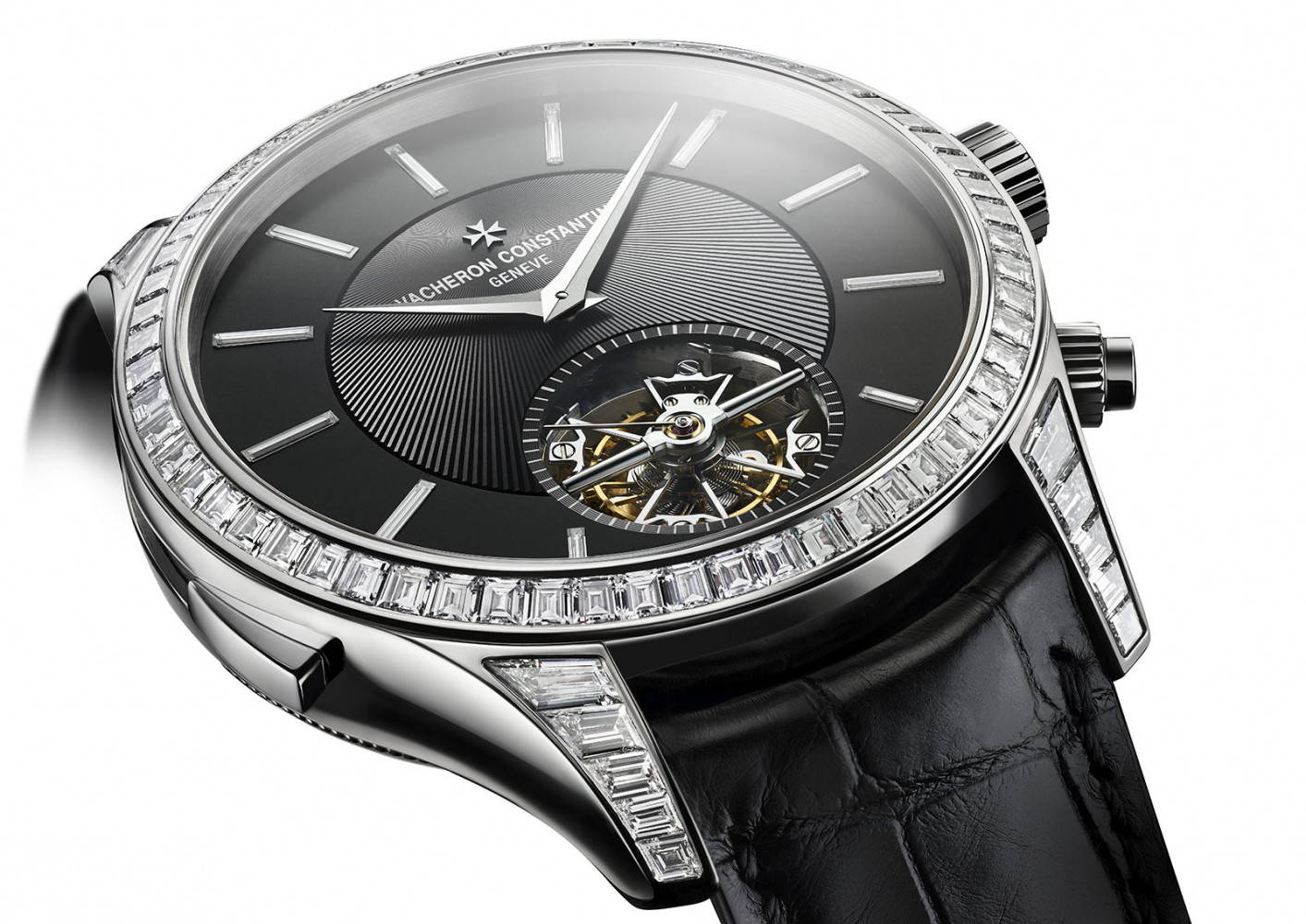 Vacheron Constantin will be displaying a second watch in Geneva crafted by the skilled hands of the Les Cabinotiers department, the Minute Repeater Tourbillon Sky Chart, reference number 9737C/000G-B480. This new creation associates the minute repeater function with the tourbillon and a depiction of the night sky. Constructed of white gold with a bezel set with baguette cut diamonds, the sleek black concave dial is engraved with a fine guilloche pattern which creates a stunning depth effect. Powered by the Calibre 2755 manual-winding movement which was specially developed for watches in the Les Cabinotiers collection, the Minute Repeater Tourbillon Sky Chart features a 58-hour power reserve.

The tourbillon takes the traditional place at six o’clock on the face, but the real show of the timepiece is when turned over to reveal the sky chart which depicts the sky over Geneva. Constellations move in full rotation every 23 hours and 56 minutes, corresponding to sidereal time. Closed by a white gold folding clasp on a black alligator leather strap, this timepiece is elegant while still providing a truly unique offering to watchmaking.

Each of the three new pieces will be presented at SIHH 2019 in Geneva. Styles from Vacheron Constantin and Panerai can be found at Shreve & Co. as can timepieces from A.Lange & Söhne, Baume & Mercier, IWC, Jaeger-LeCoultre, and Piaget.