Patek Philippe has been a leading figure in America’s international watch market since the 1850s. Over the last one and one-half centuries Patek has crafted bold creations for American icons. Many of these masterpieces of horological history are privately owned and rarely available to public viewing. This summer, timepiece connoisseurs from around the globe will descend on New York City for The Art of Watches Grand Exhibition 2017 presented by Patek Philippe. The once in a lifetime exhibition will provide an inside look at nearly five centuries of clock and watchmaking history from across the globe. 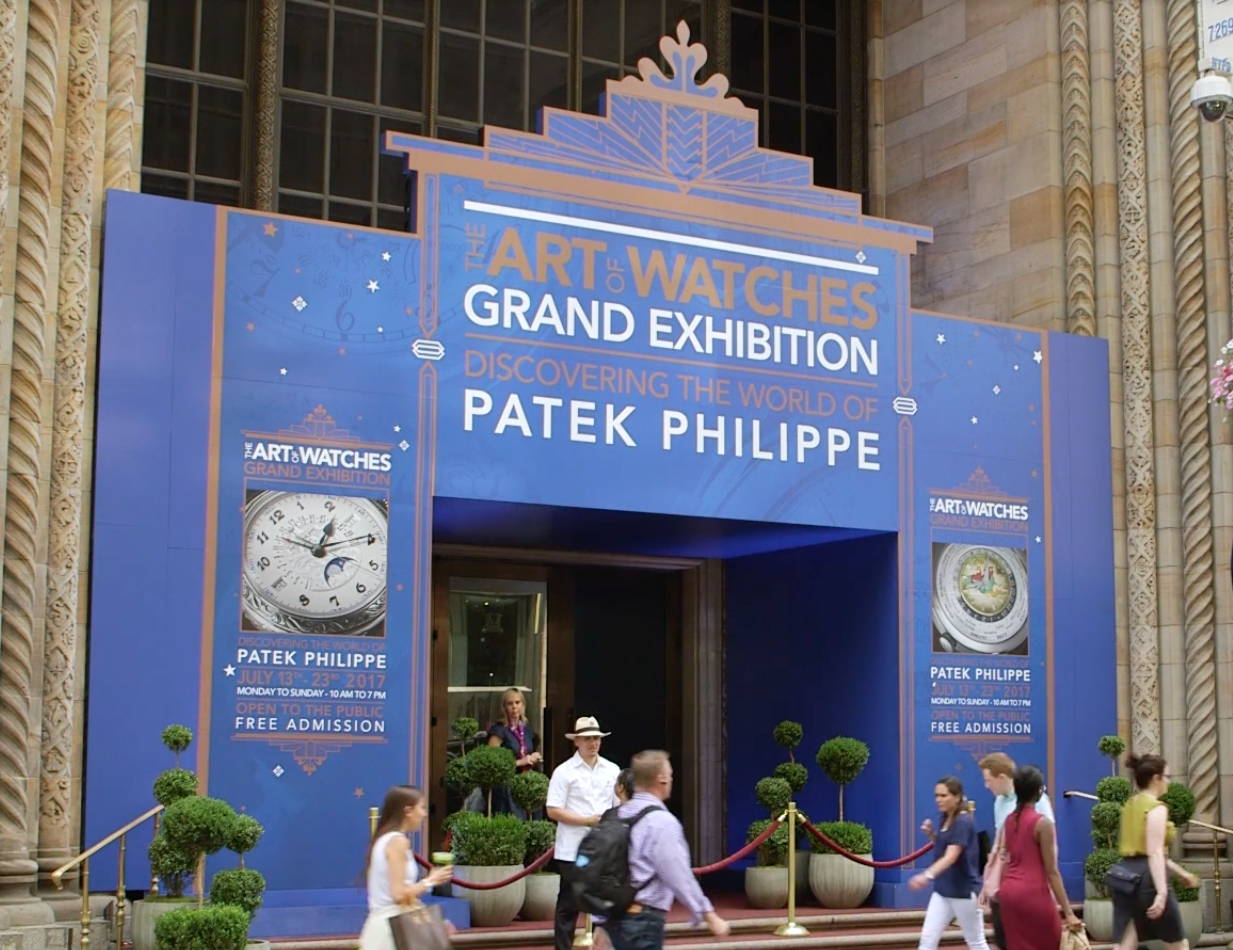 Visitors to the Grand Exhibition will be transported through history by themed rooms in salons of Cipriani 42nd Street in the heart of Manhattan. Patek is building a two-story structure inside Cipriani to create more room, with a total of 13,000 square feet of exhibition space expected for the display of watchmaking history. A film theater, mini Patek Philippe Museum, a watchmaking workshop, grand complication salon, a room dedicated to movements, and an interactive manufacturing experience are among the highlights of the display.

While a re-creation of the Patek Philippe Salon in Geneva will also be part of the exhibition space, this is more than just the next best thing to a Swiss workshop tour. There will be watches and clocks dating back to 1530 presented, a showcase of the current Patek Philippe collection, and most notably, a collection of watches owned by major figures in American history. Some of the watches on display are being loaned from private collections exclusively for this event.

Patek will have many pieces on display at the Grand Exhibition, but a few of the highlights are special pieces owned by titans of American industry and legends of American history. James Ward Packard’s Astronomical Pocket Watch, The Graves Supercomplication owned by Henry Graves Jr., the personal Patek Philippe Ref. 130J owned by Joe DiMaggio, and a desk clock gifted to John F. Kennedy Jr. will all be presented for viewing by the public. 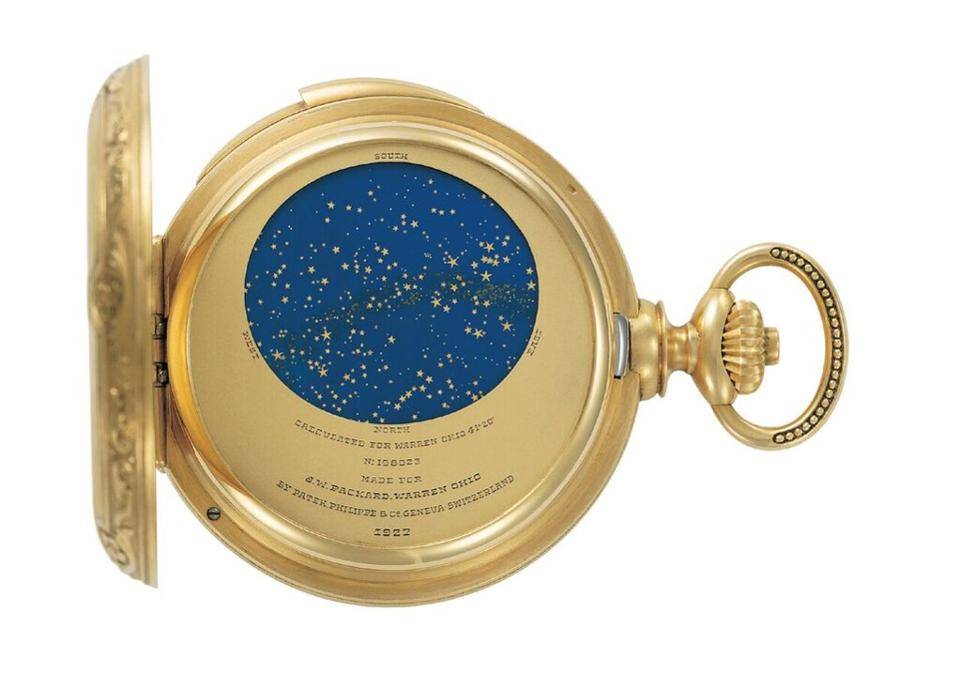 “The Packard” double faced pocket watch was commissioned by James Ward Packard in 1927 and is one of the most iconic Patek Philippe watches ever made. A minute repeater, perpetual calendar, running equation of time, and sunrise and sunset time are among the ten complications. The most stunning complication is the rear face, which showcases a highly detailed star chart, showing the celestial sky with precision over Packard’s birthplace of Warren, Ohio from sunset to sunrise throughout the year. 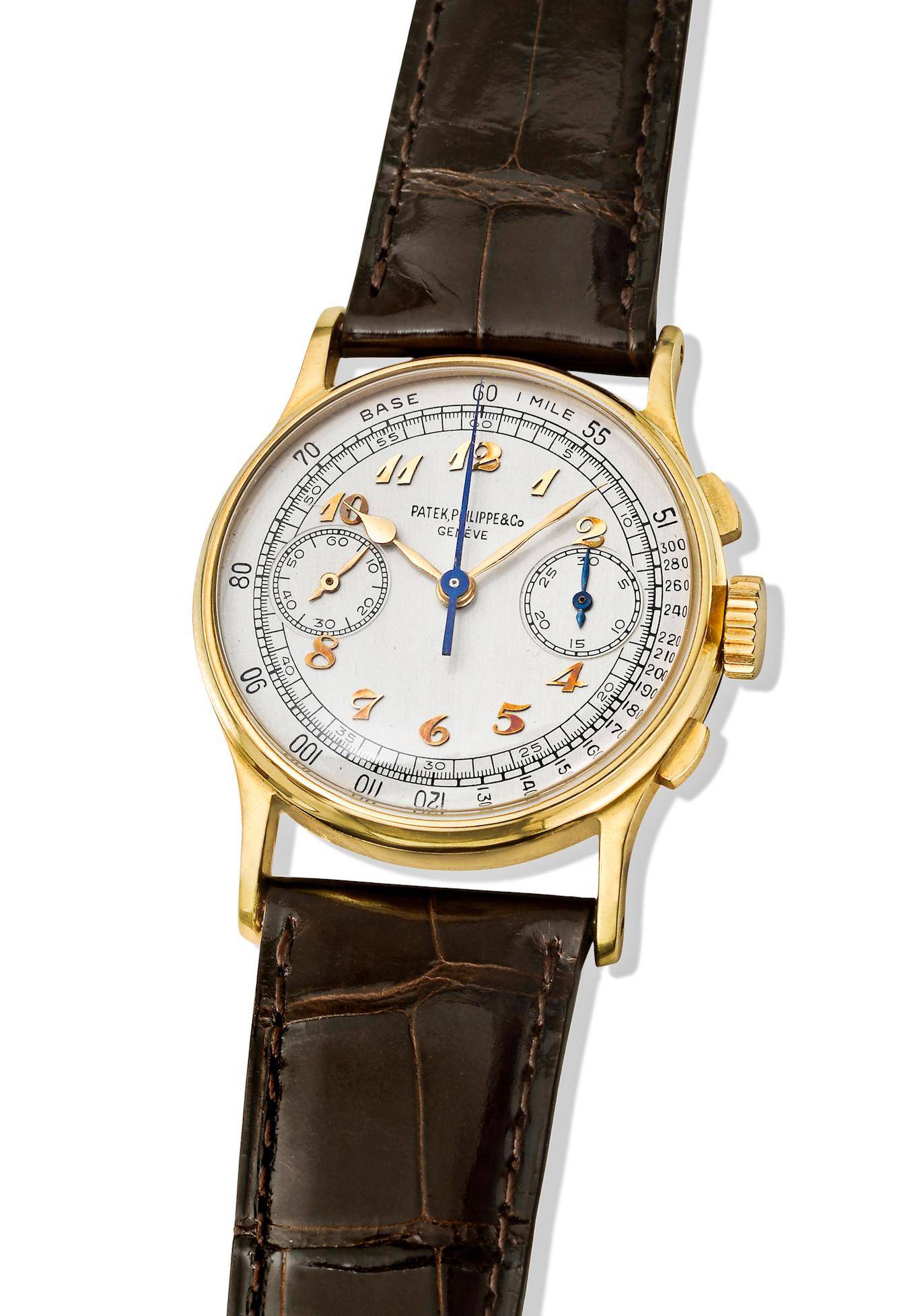 “The Yankee Clipper”, Joe DiMaggio, played his entire thirteen-year career with the New York Yankees and is the holder of a record 56-game hitting streak, a feat many believe will never be broken. Joltin’ Joe was also the owner of a Patek Philippe Ref. 130J chronograph which was gifted to him by the owners of the New York Yankees. Featuring gold applied numerals, the 18-karat yellow gold watch is currently part of a private collection and has been loaned to Patek Philippe for the Grand Exhibition. 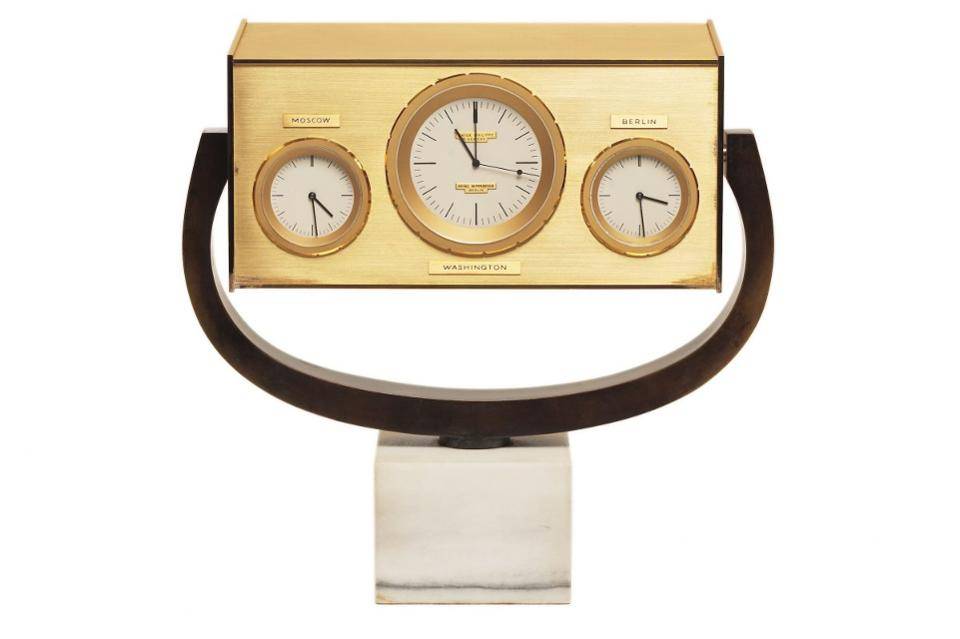 President John F. Kennedy Jr. delivered his famous “I am a Berliner” speech on June 26, 1963. To drive home the stance of U.S. foreign policy in the aftermath of the construction of the Berlin wall, Kennedy urged the world to come to Berlin, to work together, and again proclaimed “Ich bin ein Berliner” in his famous Boston accent. The next day he was presented with a desk clock by West Berlin Mayor, Will Brandt. Commissioned for the occasion from German retailer Hanz Wipperfield, the desk clock portrays the time in Moscow, Washington D.C., and Berlin. The portable clock, considered a precision instrument at the time, was developed by Patek Philippe’s Electronic Division. Sitting on the desk of the President in the White House, the clock was used in conjunction with the “red telephone” to link the White House and the Kremlin. 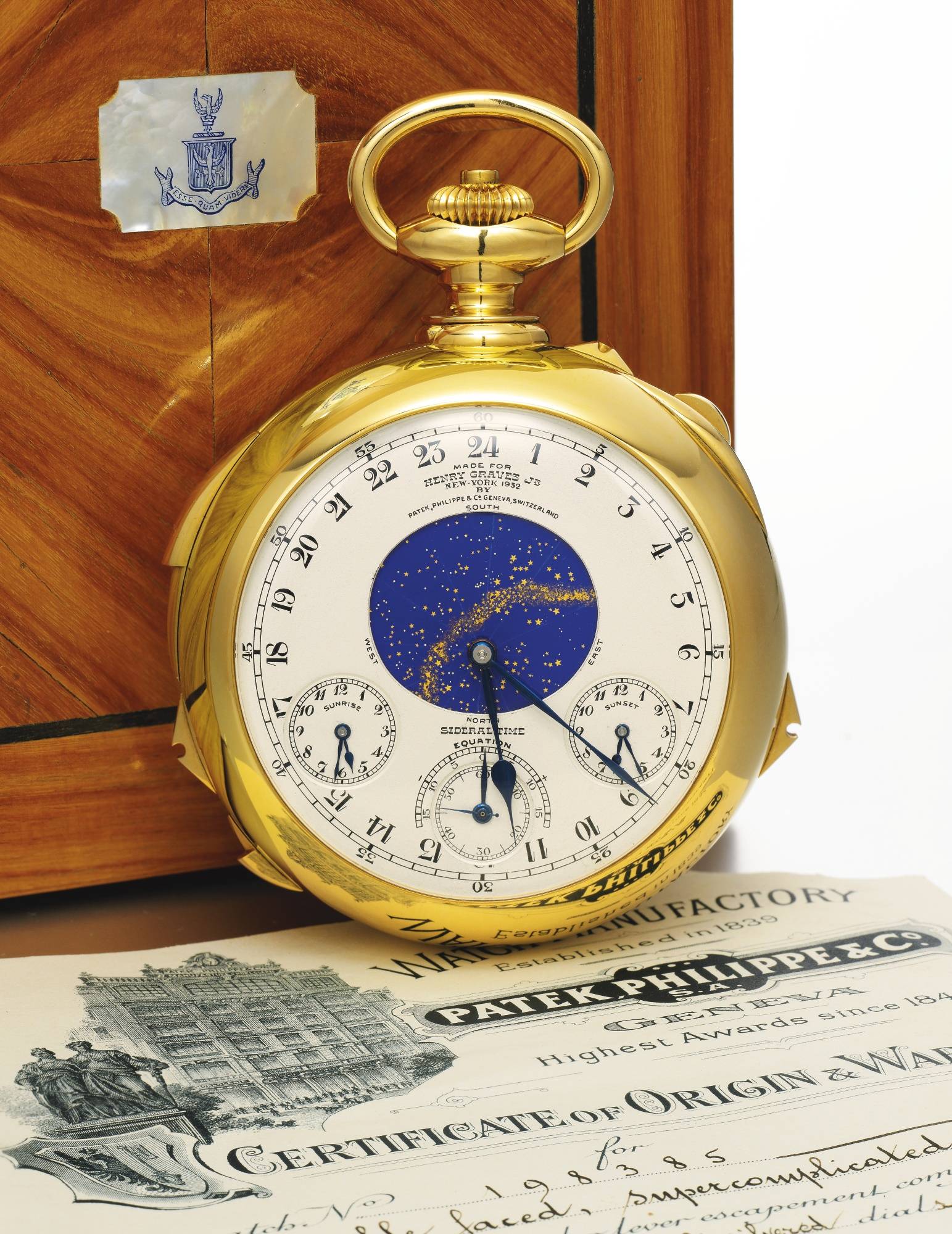 Perhaps the most famous horological accomplishment of all time, the Graves Supercomplication is one of the most complicated mechanical pocket watches ever created. Commissioned by Henry Graves Jr. to best his fellow industrial titan James Ward Packard’s Grande Complication, the Graves is a masterpiece in 18-karat gold named after the prominent banker. Taking three years to design and an additional five years to hand manufacture, the timepiece was delivered to Henry Graves in 1933. With twenty-four complications, the Graves was the most complicated mechanical timepiece for over fifty years (until Patek Philippe released the Calibre 89), and remains the most complicated watch designed without the assistance of computers. The Supercomplication includes Westminster chimes, a perpetual calendar, sunrise and sunset times, and, not to be outdone by the Packard, a celestial map of New York as seen from the Graves’ apartment on Fifth Avenue. The Graves Supercomplication will be one of six timepieces from the Henry Graves collection on display at the Grand Exhibition.

These four historically significant and individually unique timepieces are only a small sample of what to expect at The Grand Exhibition this summer. Timepieces from the last five hundred years will be showcased to the public in a grand display of horological culture. Cipriani 42nd Street will host the exhibition in New York City from July 13 through July 23. The Art of Watches Exhibition is presented by Patek Philippe and is open to the general public, free of charge.

Attending the exhibition? Let us know you’re there – tag us in your photos @ShreveCo or leave your comments below.