Few men on the planet have so singularly impacted the watchmaking world in such a profound way as Jony Ive. As Apple’s Chief Design Officer, Ive is the top designer at a $900 billion company and has personally been involved in the creation and execution of every Apple Watch model. Since 1996 he has led Apple’s design team, often regarded as one of the finest design teams in the world. Depending on which side of the fence you stand on then, Jony Ive has either saved or destroyed the Swiss watchmaking industry. Ive sees it differently, stating, “Sometimes you’ll wear an Apple Watch for outright utility and other times you’ll wear something else for nostalgia and affection.”. For Ive, the nostalgia and affection are found in his Patek Philippe Nautilus reference 5711. Why do mechanical watches inspire and persist for the man who created the digital equivalent of a wristwatch computer? To answer the question, we must understand the history of both Ive and of his favorite wristwatch. 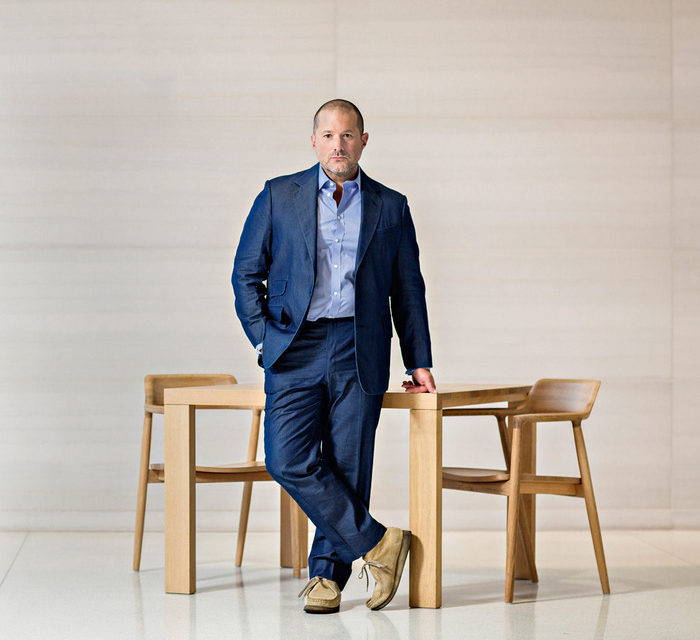 There is no denying that Jony Ive is a classic “watch guy”. Some of his earliest memories revolve around a fascination with how mechanical watches operate. He would dis-assemble alarm clocks and marvel at the miniature world unveiled in their movements. It is little wonder then that his taste leans towards the Patek Philippe Nautilus. Ive has said, “I don’t look at watches for their relationships to popular culture, which I know is so much of the fun – but rather as somehow the distillation of craft, ingenuity, miniaturization, and of the art of making”. While Ive no longer wears many of the mechanical watches he has collected over the years due to the Apple watch occupying such a large place in his life and on his wrist, he still admires classic timepieces. In regard to the Nautilus, Ive has said, “it’s a bizarre object that I have a huge affection for… I don’t wear it much anymore, but it’s a beautiful watch, I think”. 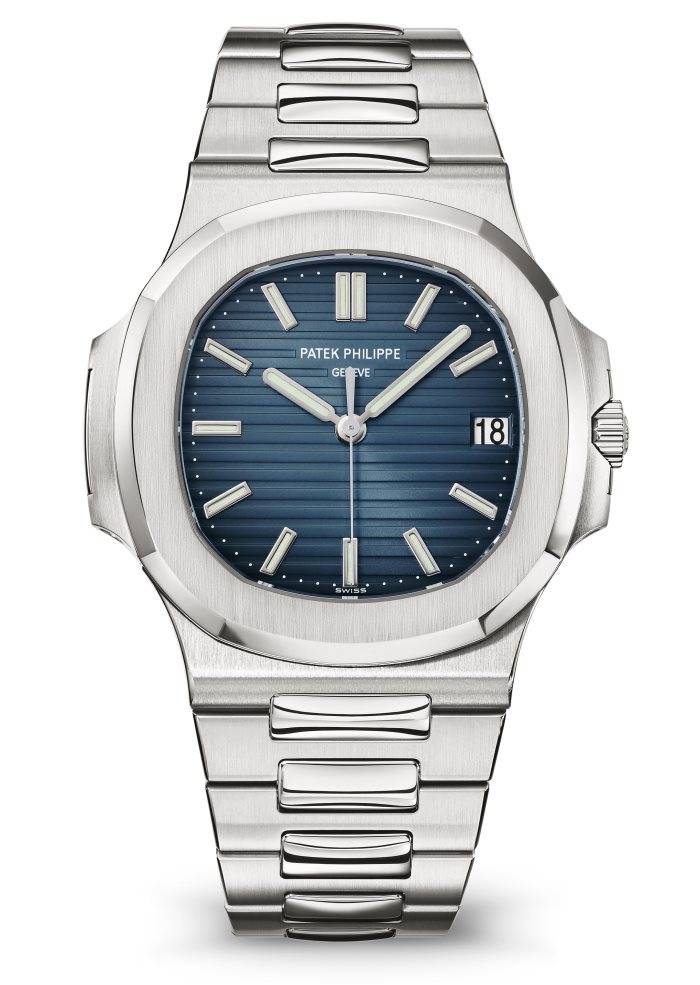 Launched in 1976 and epitomizing the concept of an elegant sports watch since its debut, the Patek Philippe Nautilus arrived during the “quartz crisis”. The Nautilus was the result of an invite to renowned watch designer Gérald Genta to create a timepiece for Patek Philippe. Inspired by the shape of maritime portholes, the designer envisioned a timepiece constructed of robust steel while still maintaining the fine craftsmanship of traditional Swiss watchmaking. Comprising a collection of models for men and women, the Nautilus has a rounded octagonal shaped bezel with a self-winding movement. The classic design and impeccable workmanship of Patek Philippe have created a waiting list for the right to own a Nautilus. While the form is similar to the 1976 release, the function has improved recently with the introduction of the Patek Philippe Nautilus 5726/1A which introduced an annual calendar, moon phase, and 24-hour indicator. Waterproof to 120 meters and available in steel, rose gold, white gold, or two-tone combinations, the Nautilus stands out from other luxury timepieces. As one of the most sought-after pieces from Patek, the Nautilus combines highly distinctive style with superb finish quality in every element. 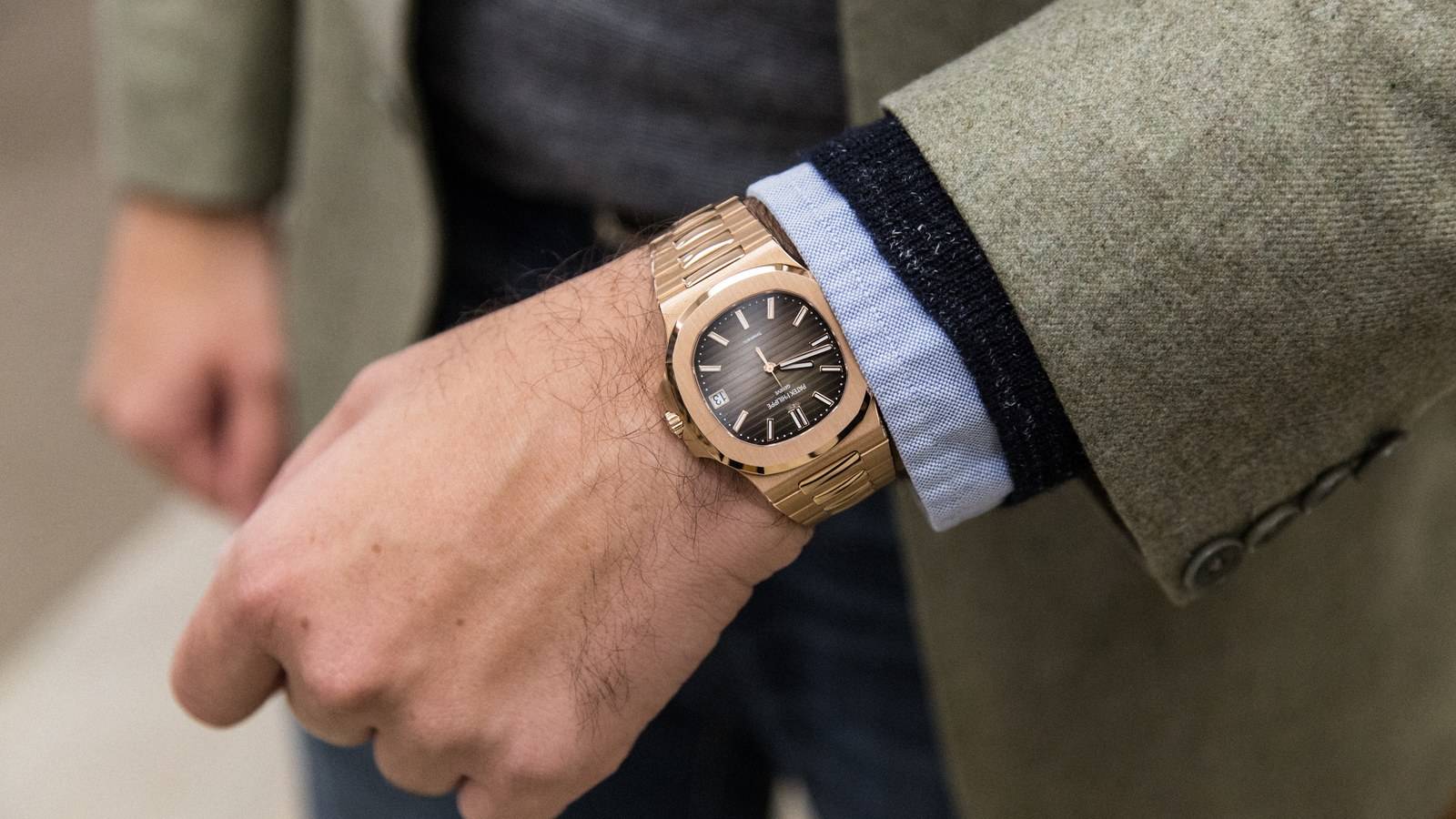 When examining the impeccable design and timelessness of the Patek Philippe Nautilus, it is easy to see why Apple’s chief designer, Jony Ive, can be counted among the many fans of the luxury sport timepiece. After steering the team which brought the world the Apple Watch, Ive still looks fondly upon his mechanical masterpiece inspired by maritime portholes and powered by mechanical movement. Like a balancing scale, there is equality in the everyday technology and the special occasion luxury in the mind of Ive. That is a sentiment we can stand behind.