A tale as old as time. Church bells, chimes; we have all heard time being told by sound. There is something built into our being that understands the series of sounds clearly depicting the change of time. Sound is thought to be the oldest known method of marking time. General consensus believes that the earliest clocks with mechanical escapements had no hands or dials, but told time by ringing a bell. Naturally then, as the preeminent global timepiece maker, Patek Philippe specializes in watches which accompany the telling of time with sound. 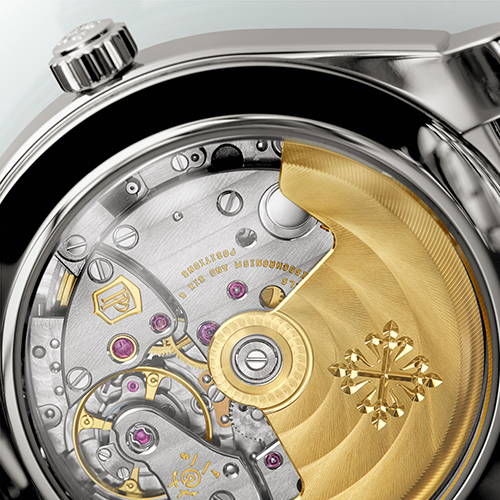 These watches are known as Repeaters. A Repeater means on-demand striking, where sound is delivered to tell the time. This differs from telling time in passing; think churches, where sound is rung automatically at set intervals such as hours and quarters. Repeaters activate the chiming of sound by the operation of a button or slide, providing the time in sound on-demand. Watches which chime the hour, and the nearest quarter hour, were the first repeaters. Making a minute repeater is a complex job which Patek Philippe has been specializing in for generations, marking the time with chimes down to the minute. The first recorded repeater in Patek’s archives was a quarter repeater from 1839. Since then, Patek has made some of the most famous chiming complication watches in history. Examples include the 1910 Duke of Regla pocket watch, the Henry Graves Supercomplication, the Caliber 89, the Star Caliber 2000, and the Grandmaster Chime.

While many fine watchmakers are in the repeater business and have chosen to develop new technology towards advances in repeaters, Patek is still largely doing things the way they have for hundreds of years. Minute repeaters are exceedingly complicated to make and require a great level of expertise to construct and understand. Minute repeaters also tend to cost large sums of money to obtain, making them the king of complications. Even if you think you are not a complication or minute repeater fan, these watches are undeniable in their craftsmanship. The mechanical know-how and engineering required to create these timepieces are staggering, and none do it better than Patek. 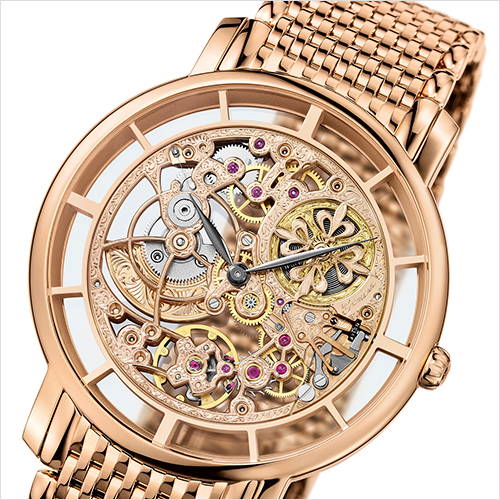 There are three primary characteristics of a repeater. The tempo at which the watch chimes, the quality of the sound, and the volume of the chimes. Patek’s repeaters control the tempo with a centrifugal governor. Three gears in series link the separate barrel that powers the repeater to the governor, which has two spring-loaded arms with weights on the end. When you press and release the repeater slide, the spring barrel is wound, and the speed at which it unwinds, the tempo, is controlled by how fast the governor spins. This movement controls the speed at which the chimes sound. The governor slows the mainspring barrel speed by offering resistance, as it spins the two arms open against the resistance of the springs and slow the rotation. Similar to a figure skater extending their arms in a spin, this movement controls the tempo of the chimes. Older methods used an anchor which was accompanied with a distinct buzzing sound; the use of a governor provides for a quieter operation. 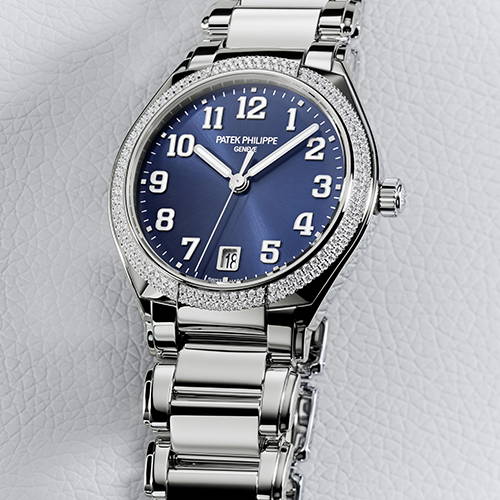 Patek Philippe takes everything seriously and the quality of the sound on their repeaters is no exception. Patek technicians make each gong by hand, one at a time. This is an arduous process which requires watchmakers to have made a hundred or more of a given grade of gong to master the type well enough to be allowed to make that grade gong for a production minute repeater timepiece. Gongs range in size from just 0.48mm to 0.6mm in diameter. Working on the internal components of a minute repeater is demanding in a way that working on other watches is not. The specificity required is truly unique. Recordings of the sound profile of each repeater are made in an anechoic chamber and the sound is analyzed twice. First by a digital system to ensure it meets Patek’s internal standards. Secondly, Thierry Stern personally listens to, and approves, each Patek Philippe minute repeater before it is released to its owner. While the sound to the ear is an objective measure, there are objective parameters that Patek aims for as well. Minute repeaters should sound at 60 decibels and the chimes should sound for exactly 18 seconds. Ultimately, however, a great deal of the vetting process for repeaters is still done by the human ear.