Watches and water usually don’t mix. Even “waterproof” ones have their limits. But, Officine Panerai watches are not only safe for water… they want you to jump right in. This year, Panerai has teamed up with the 2017 America’s Cup, bringing two legends of the sea together.

Instead of building a watch, and then making it waterproof, Panerai watches looked to the ocean for inspiration from the beginning. Giovani Panerai, the company’s founding father, was contracted to build ship clocks for the Royal Italian Navy throughout the 19th century. As the Italian Navy began doing more work underwater, Panerai developed precision instruments designed to be submerged for extended periods of time. This included depth gauges, wrist compasses, and timers for detonators. Panerai even developed luminescent materials for these instruments that made them glow at dark depths. 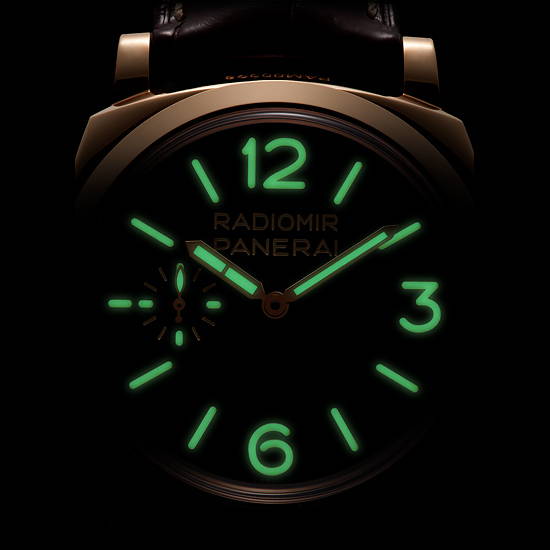 Today, the Radiomir is still one of Panerai’s most popular models, and makes for a perfect partnership with the legendary America’s Cup. This year, you’ll see Panerai backing both major teams: defending champs, Oracle Team USA, and Softbank Team Japan, Asia’s first entry into the America’s Cup in 15 years. Earlier this year, Panerai unveiled five new watch designs made especially for the event. 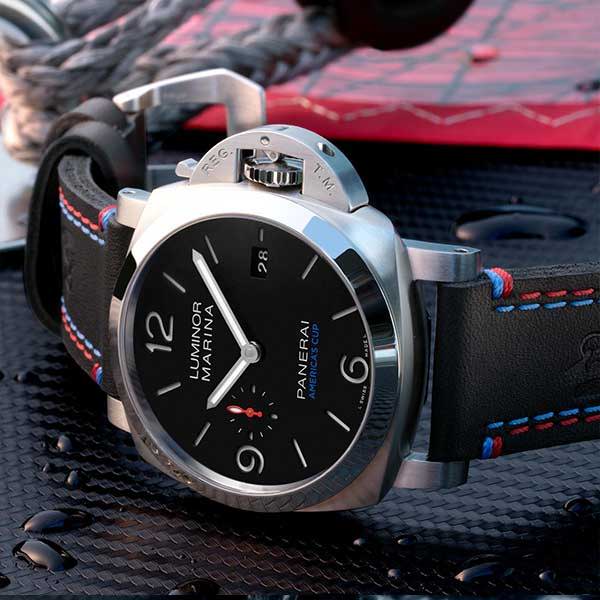 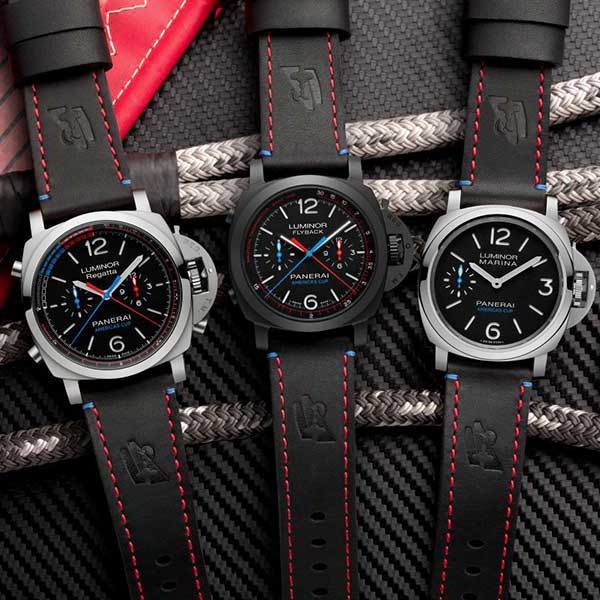 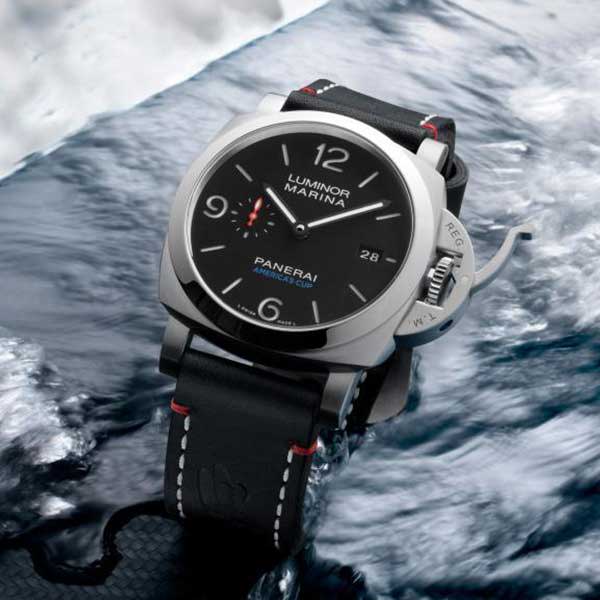 All five of the America’s Cup watches will only have about 150 to 300 made of each model.

In case your new to the sport, the America’s Cup is actually the world’s oldest sporting trophy, with the final race happening this year in Bermuda on June 26th. At the last America’s Cup in 2013, Oracle Team USA became an international phenomenon as they captured the cup in the most improbable and historic fashion. This race for the cup is sure to be thrilling at every turn.

No matter who wins this year, the competitors sporting a Panerai watch will have a timepiece made to withstand the toughest seas, both above and below the water. Come see for yourself at our San Francisco and Palo Alto locations.