Panerai has a habit of making a splash at January’s SIHH watch show year-after-year. In 2016, they unveiled the Lo Scienziato, a 3D printed skeletonized timepiece. In 2017, they introduced LAB-ID, a nanotube carbon dial which absorbs the light and reduces the reflection level to a minimum. And this year is no exception - meet the Panerai L'Astronomo Luminor 1950 Tourbillon Moon Phases Equation of Time GMT. 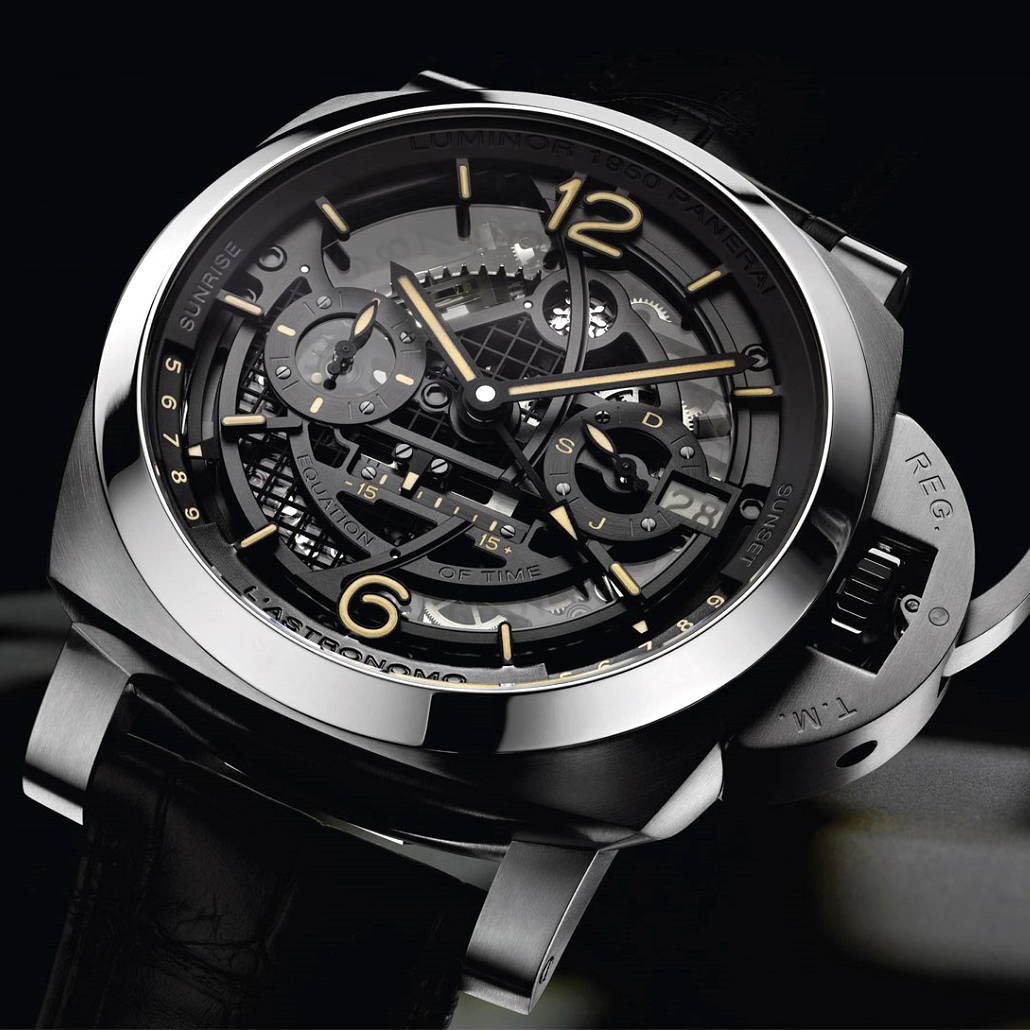 The L'Astronomo Luminor 1950 Tourbillon was first introduced in 2010 to commemorate the 400th anniversary of Galileo's scientific achievements as a result of the invention of the telescope. What is interesting about this year’s L’Astronomo is that the movement is skeletonized - exposing the tourbillon carriage and displaying the moonphase display on the back side of the case.

Panerai began developing the hand-wound movement, called P.2005 GLS, that powers the L’Astronomo 13 years ago. As you can see, the open structure allows for you to see it’s many complications front to back. The P.2005 GLS is made of 451 components and features an unusual type of tourbillon carriage (unusual to any brand but Panerai). The carriage rotates the escapement in a perpendicular direction, rather than parallel, to the dial twice per minute. 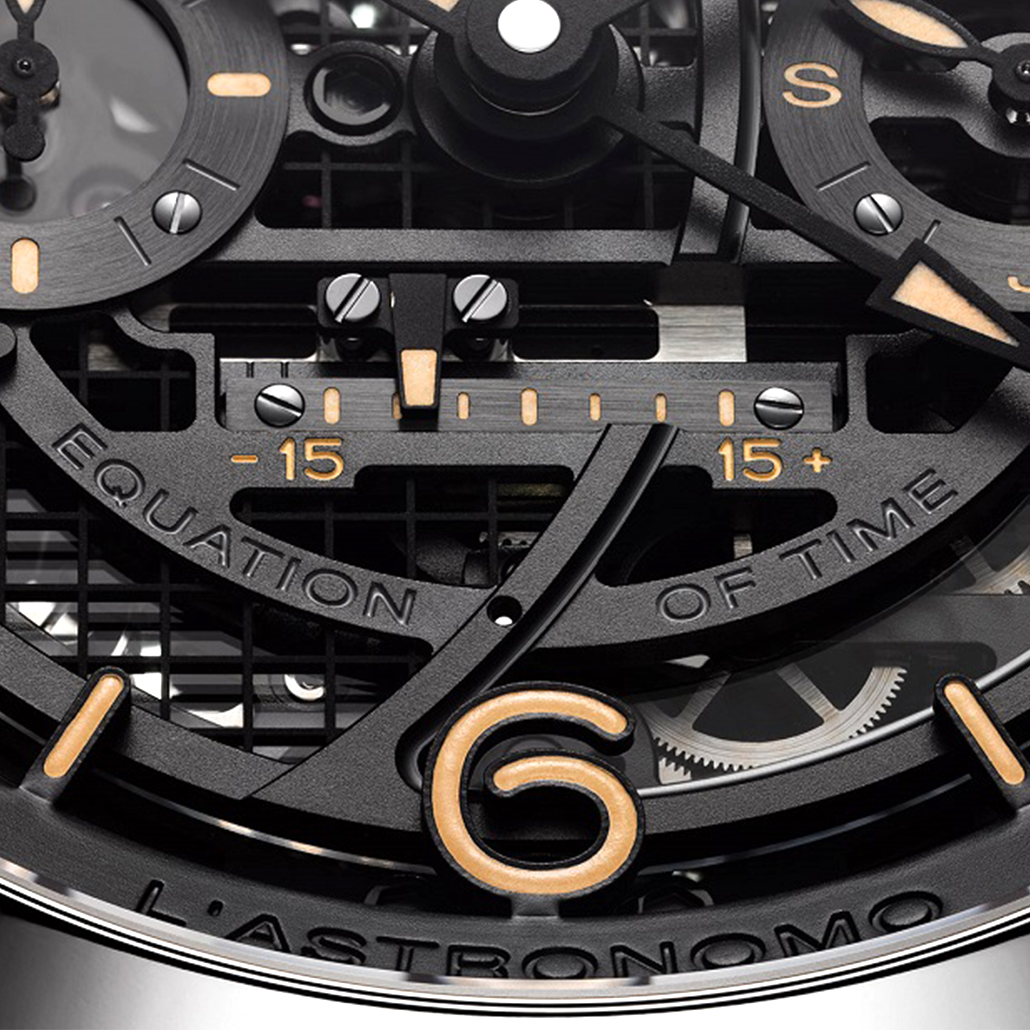 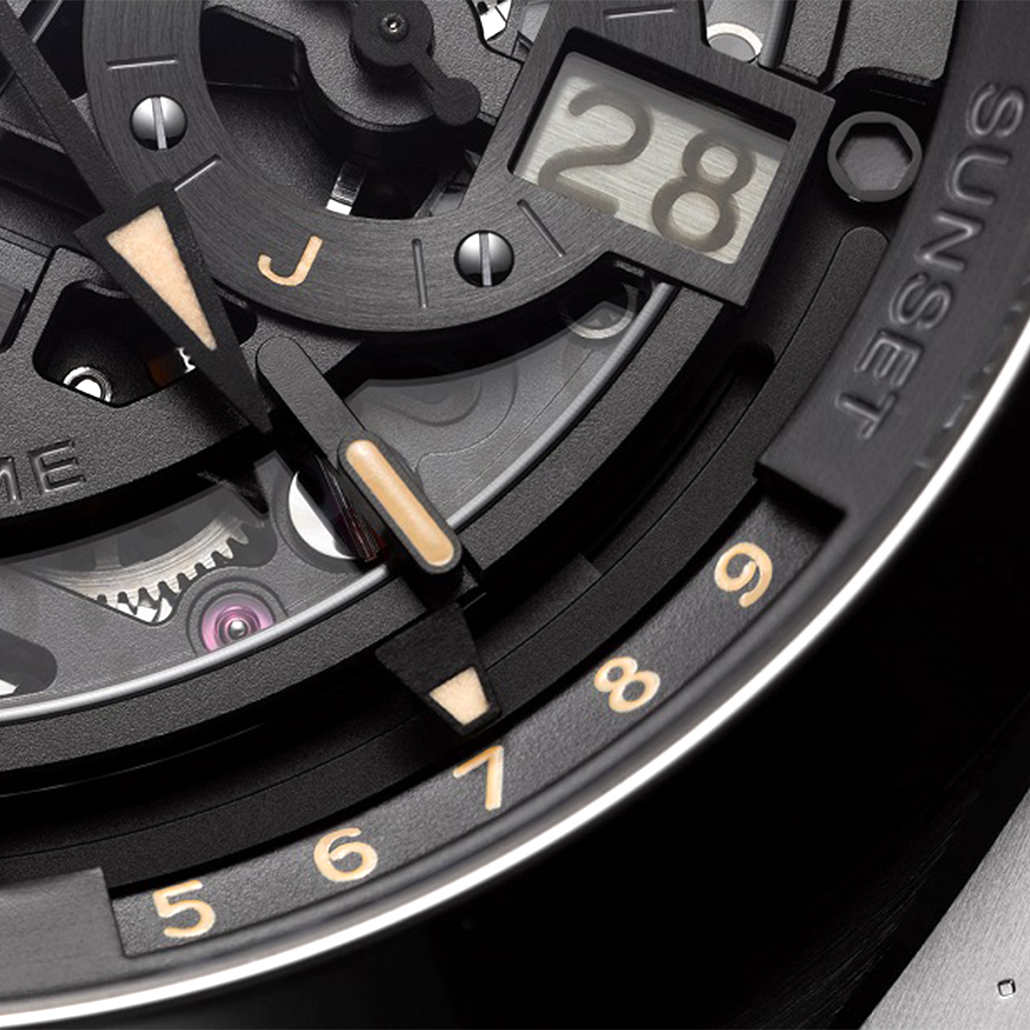 In the lower right quadrant on the front of the case, an arrow points to the hour that the sun sets according to the your pre-programmed home location. On the opposite left side, another scale displays the hour of sunrise at the same location. An additional subdial at the 3 o’clock position features a calendar function that is also linked to the equation of time.

This watch also houses a date window with a unique complication of its own. The crystalized date is made from transparent borosilicate glass which helps the owner to see the date while also seeing an unobstructed view of the rest of the skeletonized movement. 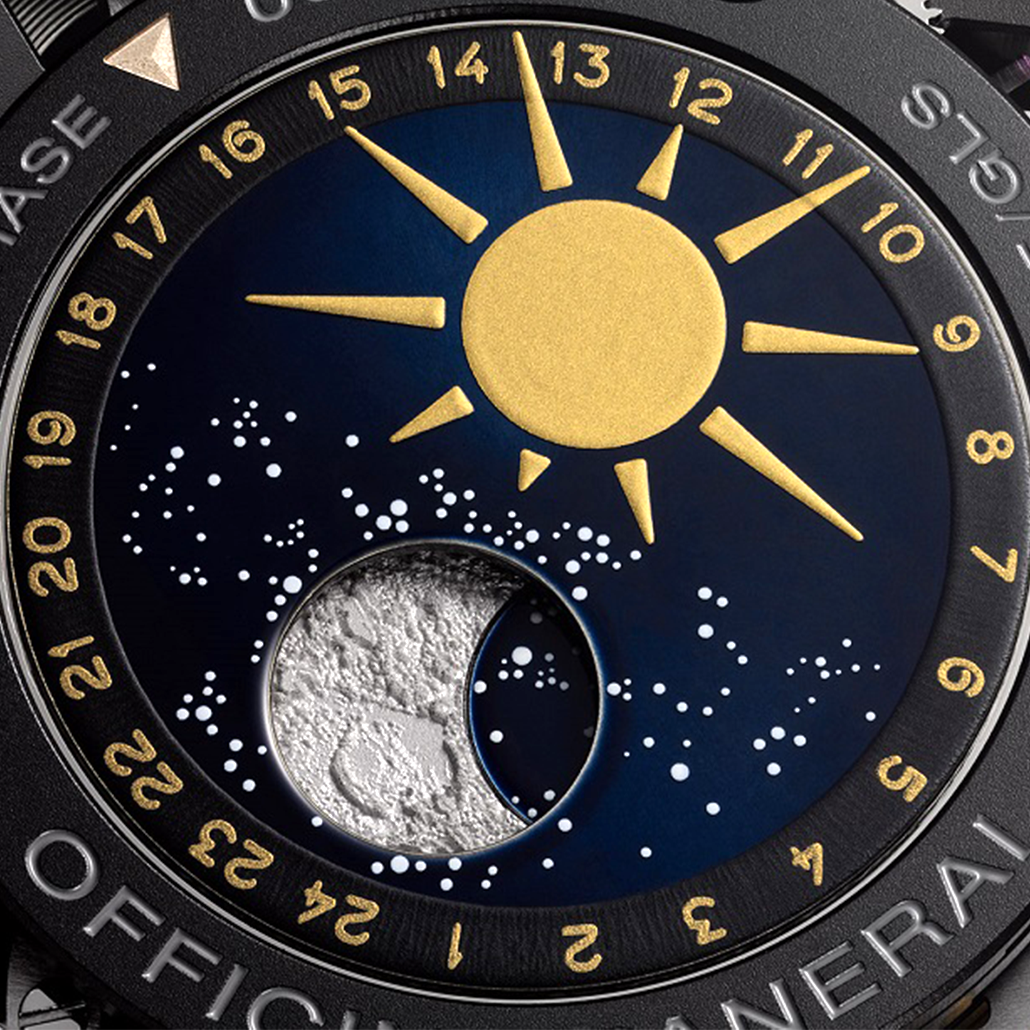 On the sapphire caseback, you can see a day-night indicator, 24-hour scale, moon phase display and a second view of the tourbillon carriage and escapement. The day-night indicator disc rotates once every 24 hours to show a beaming sun or a starry night sky. Within the indicator disc, there is a round cutout exposing another disc that represents the phases of the moon.

The Panerai L'Astronomo Luminor 1950 Tourbillon Moon Phases Equation of Time GMT's case measures in at a whopping 50mm. While this timepiece boasts an usually large case size, Panerai allows you to personally select the case material for their own watch (making it as heavy or as light as you prefer). The color of the hands and the strap are also up to your preferences. 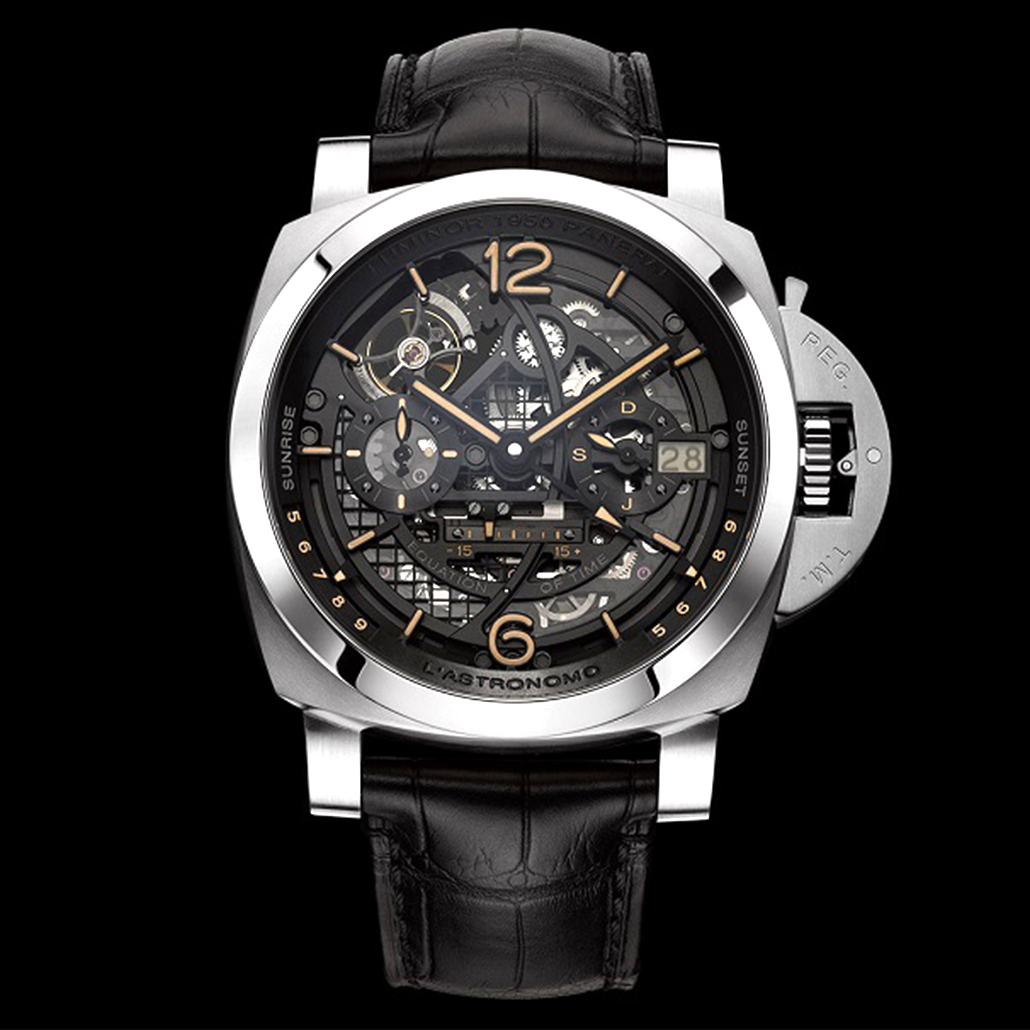 This timepiece was made for the ultra Panerai fan as is made-to-order. Each piece takes approximately one year from when the order is placed for the watch to be delivered. Once an order is placed, Panerai selects a specific watchmaker from their in-house team to be the only person to work on that watch.

Interested in learning more about Panerai’s entire collection including the L'Astronomo Luminor 1950 Tourbillon Moon Phases Equation of Time GMT? Drop by and visit our expert team at our San Francisco location for more in-depth knowledge of the brand.