This week we continue our series honoring Patek Philippe’s 178th anniversary and the opening of their public Grand Exhibition: The Art of Watches (this July in New York City) with our final installment on the history of the world’s preeminent luxury watchmaking brand.

Philippe Stern was born in 1938, and since 1966 had been under the employ of Patek Philippe. With his introduction as Managing Director in 1977, Philippe inherited a global watch market where quartz movements were preferred and mechanical watches were beloved by older generations. Dynamic and thoughtful, Philippe bridged the divide between quartz and mechanical, producing both movements for Patek Philippe timepieces. Many of the women’s wristwatches produced still use a quartz movement. An interesting development in the early 1980s catapulted Patek Philippe to new levels. Mechanical watches experienced a resurgence. 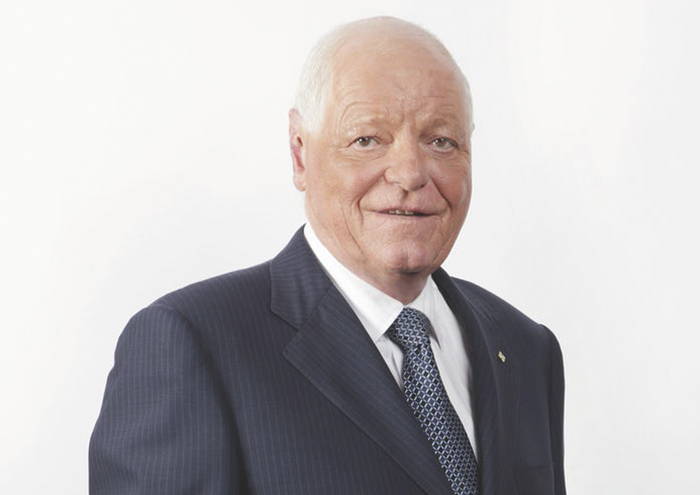 The collection of vintage wristwatches became a popular hobby, and prices for these mechanical movement pieces soared. A Patek chronograph sold in 1961 for $1000 auctioned for $175,000 (reference 1436) less than thirty years later. The limited-edition officer’s watch of 1989 was auctioned for more than double the price paid earlier the same year. Philippe Stern was quick to caution against the short-term ultra-escalation of watch prices and instituted cautionary measures to protect the brand. The production of excessively complicated models was decreased and the dealer network for Patek Philippe was thinned out. The company no longer allowed complicated pieces to be ordered simply for show, requiring a down payment and the buyer’s name to place an order. 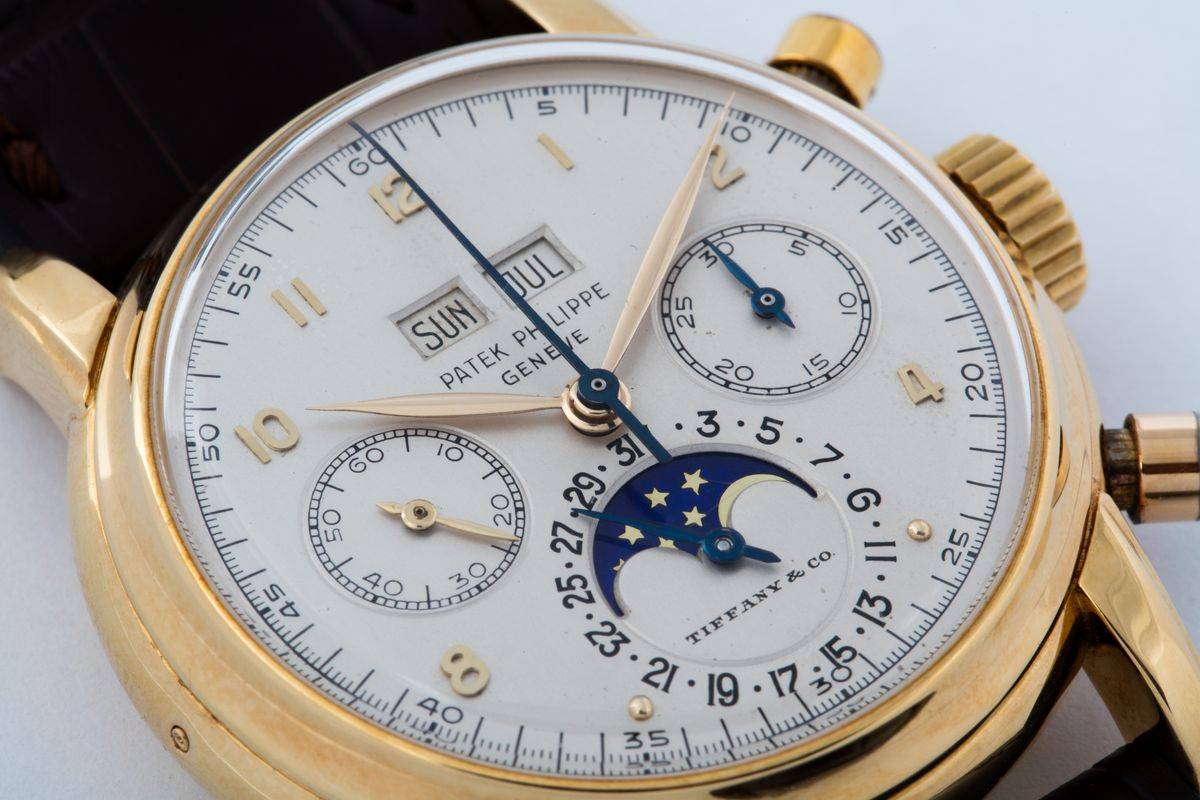 By the end of 1989, Patek Philippe fever had swept the globe. Limited edition models sold out entirely in advance, and purchasers would wait patiently for months to receive their timepiece. The 150th anniversary of the company was celebrated with the introduction of two feats of engineering by Patek Philippe. The Calibre 89 and the Ref. 3974 wristwatch were both introduced in 1989.

The Calibre 89 is to this day the most complicated portable timepiece ever produced. The nearly 1800 individual parts comprise 33 complications, including a full perpetual calendar and a secular perpetual calendar with retrograde date indication. The second movement displays the date based on a cycle of 400 years and will not require adjustment until the 28th century. The Calibre 89 took nine years of research, development, and production before it was complete. Only four timepieces were made, and a prototype is exhibited at the Patek Philippe Museum. 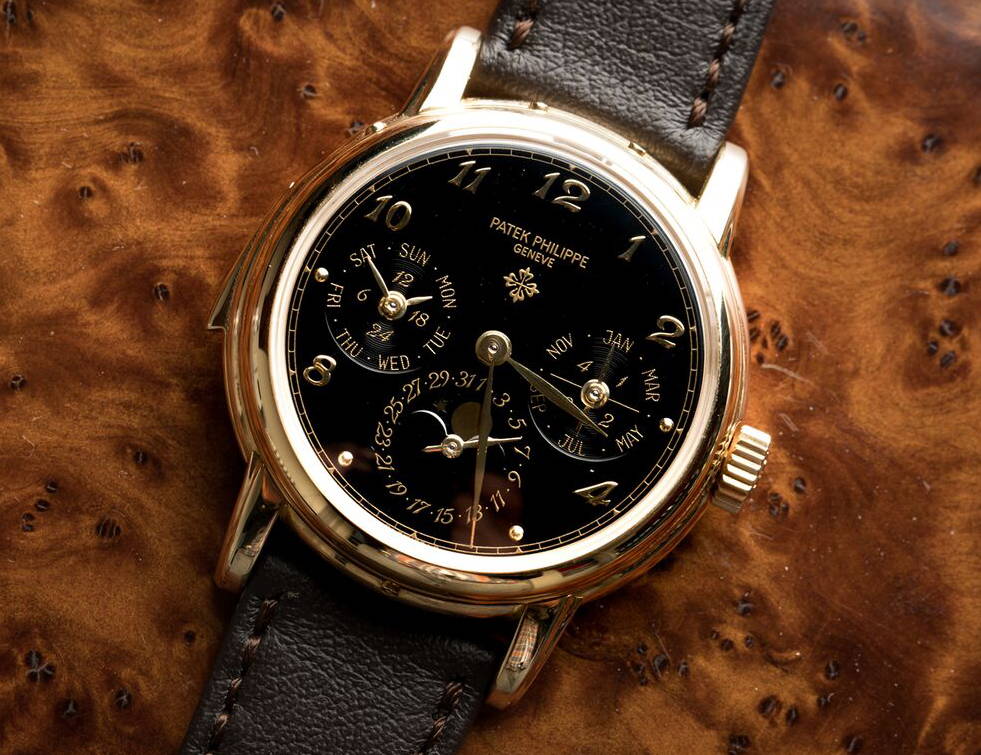 The Ref. 3974 wristwatch was the most complicated wristwatch of its time. With a minute repeater, perpetual calendar, and moon phase indicator, the timepiece housed a mechanical self-winding movement. Additional complications included a 24-hour indictor in addition to day, date, month, and leap year indicators. Patek Philippe retained the watch in their collection until 2000.

Philippe Stern expected the prices of the late 1980s to level off (they have), but the brand maintains their heritage was a fundamental reason for continued success. Uninterrupted production of high quality timepieces since 1839 contributed to the brand’s modern identity of preeminent mechanical watchmaker. 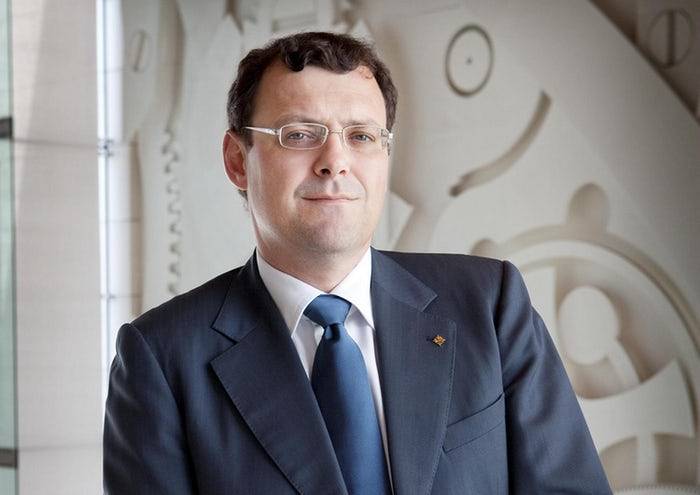 Thierry Stern, Philippe’s son, joined Patek Philippe in 1994. Maintaining family ownership of the company provided unique advantages to the Swiss watchmaker. With the ability to plan and invest in long-range strategies independently of shareholder expectations, Patek Philippe maintained laser focus on production. Every piece, movement, and development of the company was required to meet the high expectations which have become standard for the brand.

Patek Philippe relocated their manufacturing facility in 1996, uniting all operations under a single roof in a new building at Plan-les-Ouates, Geneva. The salon at 41 Rue du Rhone in Geneva had been part of the company since 1853, and today houses the unique flagship store of Patek Philippe. On the birth of the 21stcentury, the introduction of three unique pieces once again demonstrated the unique inventions for which Patek Philippe has become known. The Ref. 5100, the Star Caliber 2000, and the World Time Ref. 5110 each provided an opportunity to once again marvel at the king of global watchmaking. 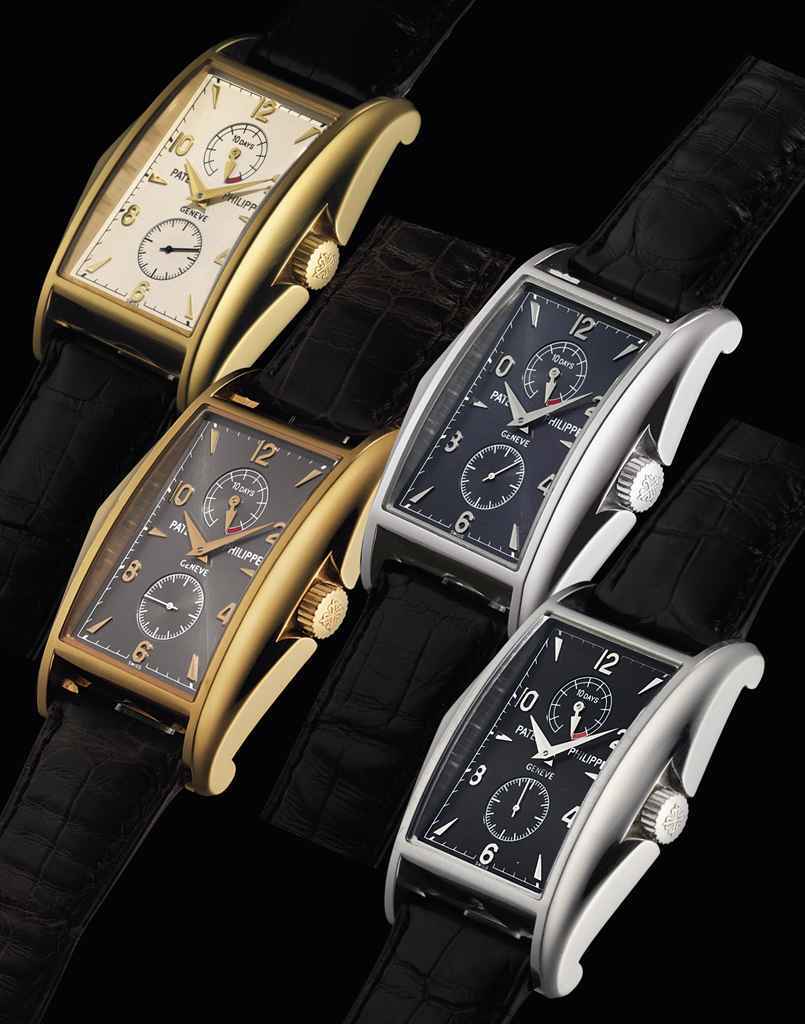 The Ref. 5100 was produced in a limited edition of 3,000 pieces and featured an entirely new chronometer movement with a ten-day power reserve – a global first. The historic watch was complimented by an individual rating certificate issued jointly by the C.O.S.C. and the Geneva Seal Institute.

Patek Philippe owned the title of manufacturer of the two most complicated watches on the planet (the Calibre 89 and the Henry Graves supercomplication) and in 2000 launched the third most complicated, the Star Caliber 2000. With 21 functions comprised of 1,118 parts, the 20 pieces produced weighed more than half a kilogram each and were housed in cases of yellow, rose, and white gold, as well as platinum. The Star Caliber 2000 contains six original patent complications, many of which were previously thought unattainable by horologists.

The World Time Ref. 5110 was the final of the three released at the start of the 21st century. The unique wristwatch uses a 24-hour time-zone mechanism. The owner can change the time zone and correct all the individual watch displays with the push of a single button without impacting the accuracy of the movement. The patented system is available exclusively on Patek Philippe’s World Time watches.

For the next several years, Patek Philippe continued to expand, purchasing specialty companies in polishing and gem setting. In 2006, the company announced a new dial factory, Cadrans Flückiger, after acquiring the previously named Flückiger & Fils in 2004. Philippe Stern continued to work alongside his successor, son Thierry, until Thierry became president in 2009. 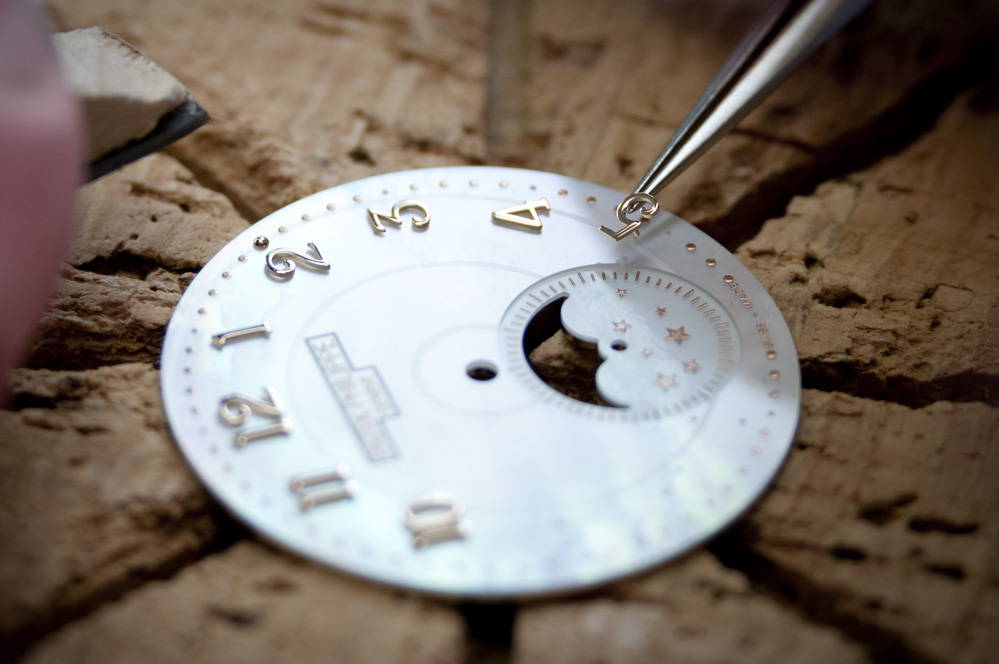 A Close Up of a Patek Philippe Dial

Thierry stated, “I’d rather be in this situation than any other. I’m very proud of what he has achieved, and I hope I can accomplish something similar, possibly even better. Why not? But there is a lot to learn, first”. As a son in a successful family business, I can relate to Thierry’s sentiment.

We wanted to bring you the history of Patek Philippe in anticipation of a historic event coming this summer. The Art of Watches Grand Exhibition New York 2017 will be a global collection of notable timepieces. Patek Philippe has curated a collection from iconic U.S. collectors to be showcased in the U.S. Historic Room at the exhibition. Twenty-seven watches, including eleven from Henry Graves Jr. and James Ward Packer will be showcased, including the “Henry Graves Supercomplication”. Additional pieces on display include a desk clock from President John F. Kennedy and a wristwatch given to Joe DiMaggio by the New York Yankees. The Patek Philippe collection will be one of ten thematic rooms on display open to the public and free of admission from July 13 - July 23, 2017.

Or visit one of our Shreve & Co. locations and hear from our team of experts.