There’s nothing we love to celebrate more at Shreve & Co. than anniversaries – whether it be one of yours or one of our most trusted brands. 2017 is a big year for top watch brands like Patek Philippe, Breitling, Omega and Piaget as each one celebrates the achievement made by their most historic models.

Even the watchmakers themselves are excited about this year’s anniversaries so much so that some of them released models before the new year began, like with Piaget’s 60th anniversary Altiplano collection which debuted in Q4 of 2016.

We will keep you updated here on the blog of the latest and greatest commemorative pieces but while we wait let’s take a look at the five anniversaries our staff is most excited to celebrate this year. 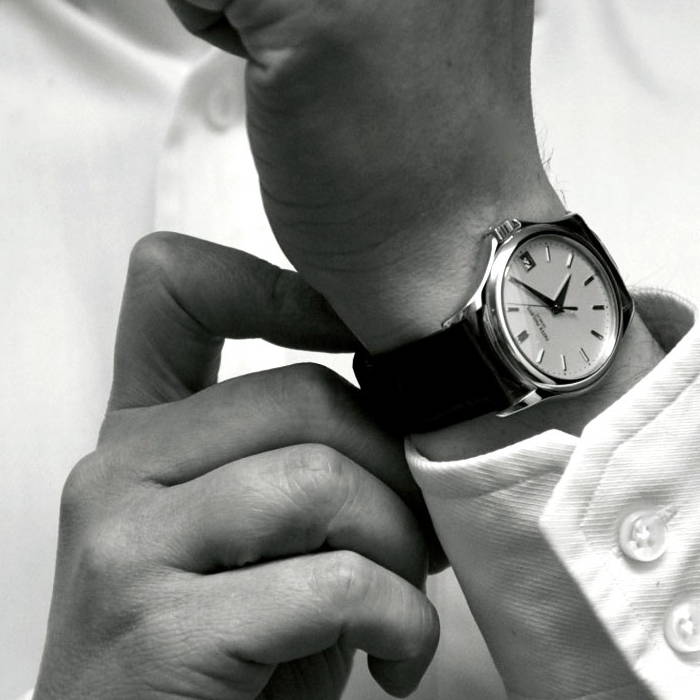 Introduced in 1932, the Patek Philippe Calatrava has become synonymous with understated elegance in the world of luxury watches. Often referred to as Patek’s signature model, the watch expresses artistic ingenuity at its finest.

With a 31mm diameter and 9mm thick case, the original ref. 96 was a game changer in the world of horology due to its slim design and remarkable movement. Inspired by German Bauhaus architecture, the principals of its design continue to reflect the relentless pursuit of perfection that has always been at the core of Patek Philippe’s mission.

Despite the 37 models that have been released since its birth, the Calatrava’s design has hardly changed. Whether you own a 34mm or 36mm, the quintessential hobnail pattern or a wide polished bezel, there is no mistaking the Calatrava from a distance.

Not to mention, no luxury watch has been more accurate over its lifetime. Often passed from generation to generation, the Calatrava’s movement keeps ticking due to the materials used, the craftsmanship employed in creating each piece and the fact that every timepiece is made by the hands of the world’s foremost watchmakers.

While many other manufacturers have been accused of making fewer quality watches in recent years, Patek has maintained its original objective and continues to make watches that are revered for their quality and artistry. Ask some of the world’s more famous watch collectors and few will disagree that the Calatrava is one of the most sought after pieces of all time. 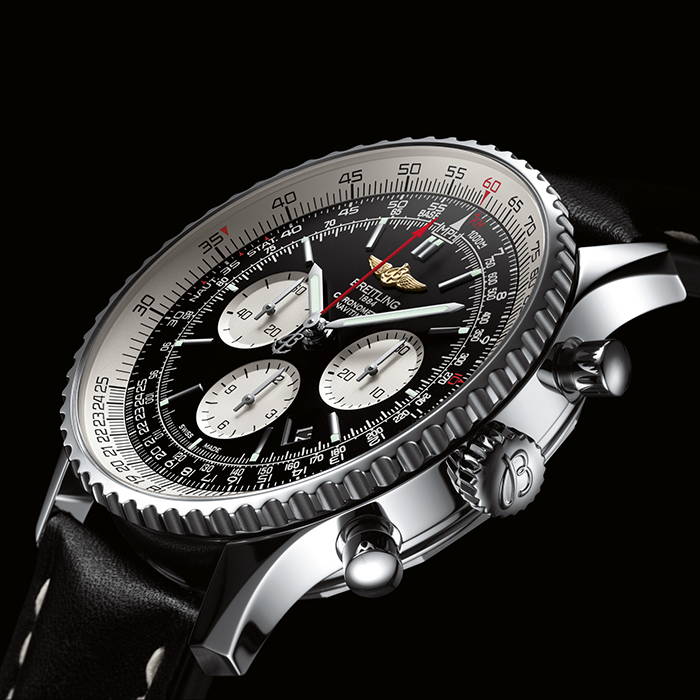 One of Breitling’s most famous models, the Navitimer, was originally developed for the Aircraft Owners & Pilots Association (AOPA) and became known as the official pilot’s watch shortly after its creation in 1952. The watch earned its name from its multiple functions – serving as both a navigational tool and a timepiece.

The Navitimer was originally powered by a Venus 178 movement which was considered to be extremely innovative at the time. It featured a circular slide rule that served to handle all calculations relating to airborne navigation. As far as pilots were concerned, the Navitimer was one of the greatest inventions of the day.

The original model is still being made today but over the years the watch has been redesigned to accommodate the latest technology for pilots including an automatic movements, date displays and larger case sizes. 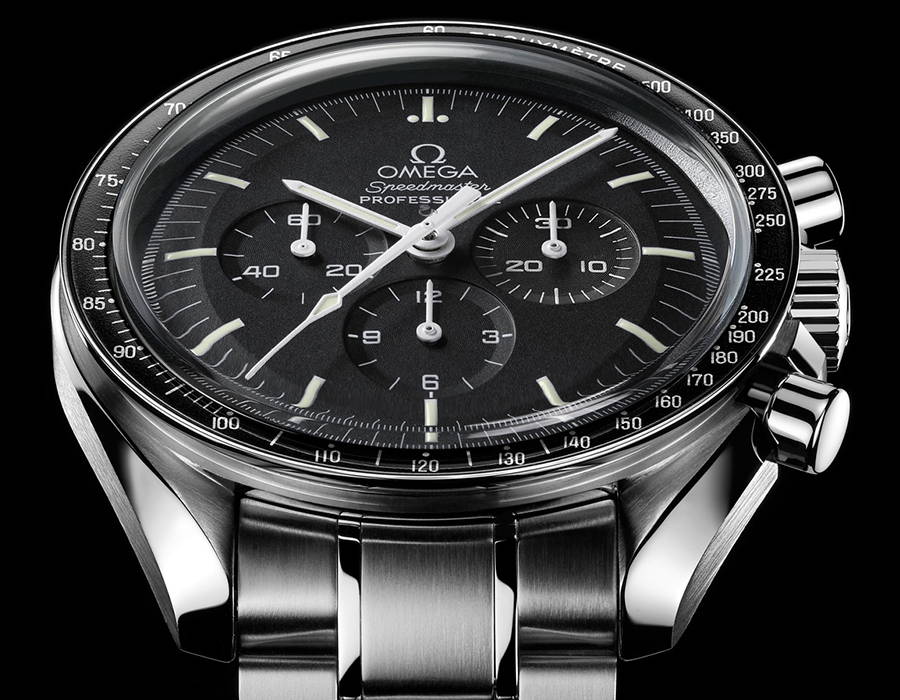 For our favorite Omega enthusiasts out there, this year should be a memorable one. The Speedmaster is one of the world’s most important watches due to it history with NASA and our first explorations into space.

Chronographs were originally built and advertised as a tools for engineers, technicians, doctors and athletes – a way of keeping seconds, much like a stop watch – which made them less appealing as men’s casual wear. However, these qualities made the Speedmaster the perfect watch for marking some of America’s greatest achievements – including the first successful trip to the Moon.

The Omega Speedmaster has been the choice of astronauts and space agencies for more than half a century mainly because of its innovative tachymeter scale around the bezel (used to compute a speed based on travel time). Today, the timepiece is powered by the same hand-wound movement that powered the timepieces NASA’s astronauts wore in the 1960’s. 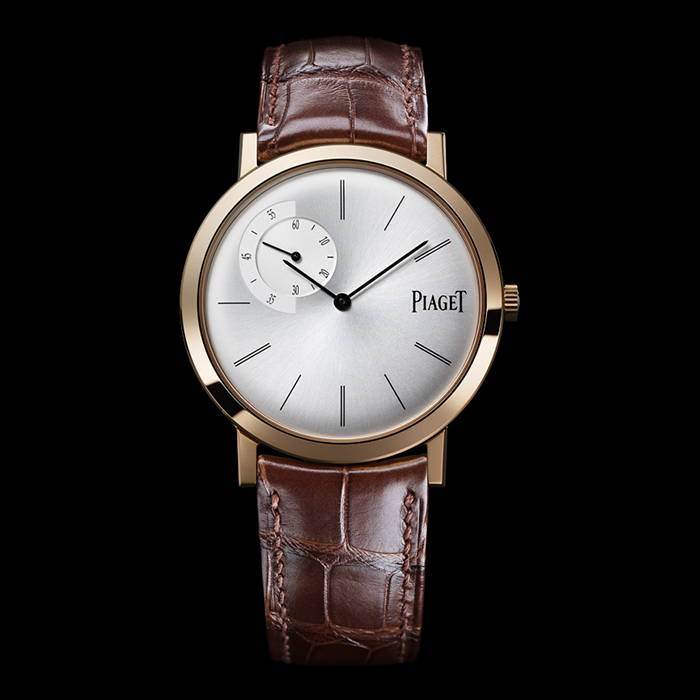 Ultra-thin movements are just one of the many ways watchmakers seek to master their craft. Thickness is a huge component to the wearability of a timepiece and Piaget has been the world leader since the creation of its first ultra-thin mechanical watch, the Altiplano, in 1957.

The mastery of this watch’s infinitely small space is not just an expression of superior technical ability but innovation in the world of horology. The secret to Piaget’s success in the 1950’s was in it’s famous Caliber 9P movement, which was only 2 mm thick.

Since its creation, the Altiplano has continued to break world standards. In fact, it set the record for the thinnest mechanical watch again when it was re-released at Baselworld in 2014, measuring in at 3.65 mm thick.

The current model’s success was achieved in a different way than its predecessor as the caseback and movement were fused together. However, it can not be overlooked that the years spent developing the Caliber 9P aided in the 2014 Altiplano’s redesign.