What does it take to have a limited-edition timepiece from IWC Schaffhausen named in your honor? If you are naming the Big Pilot’s Watch Annual Calendar Edition Antoine de Saint-Exupéry, it would mean being an accomplished writer, poet, aristocrat, journalist, and of course, a pioneering aviator.

Perhaps best known for his novella, The Little Prince, which has been translated into 300 languages and dialects, Antoine de Saint-Exupéry was the recipient of several of France’s highest literary honors. He won the U.S. National Book Award in 1939 for his non-fiction work Wind, Sand and Stars. Most of his writing occurred during a 27-month stay in North America at the conclusion of his service with the French Air Force in 1940. His original intent in coming to the United States was to persuade the government to join the war against Nazi Germany. 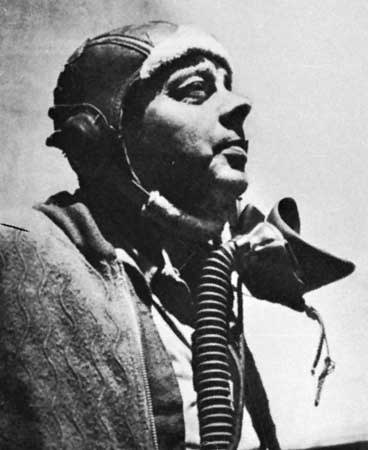 Prior to World War II, Saint-Exupéry was a successful commercial pilot, working airmail routes in Europe and Northern Africa. It was here that he experienced one of many airplane crashes, resulting in a four-day survival excursion through the desert of Libya with his co-pilot. The pair would have likely perished if not for the help of a Bedouin who came across the pair after and administered a native rehydration treatment. This near fatal experience was the focus of his memoir Wind, Sand and Stars.

Following his stay in America, Saint-Exupéry joined the Free French Air Force despite being too old and in declining health for active duty. In July 1944, he departed for a reconnaissance mission over the Mediterranean and disappeared. The Big Pilot’s Watch Annual Calendar Edition Antoine de Saint-Exupéry is the latest special edition timepiece from IWC Schaffhausen created in honor of the French pilot and author. 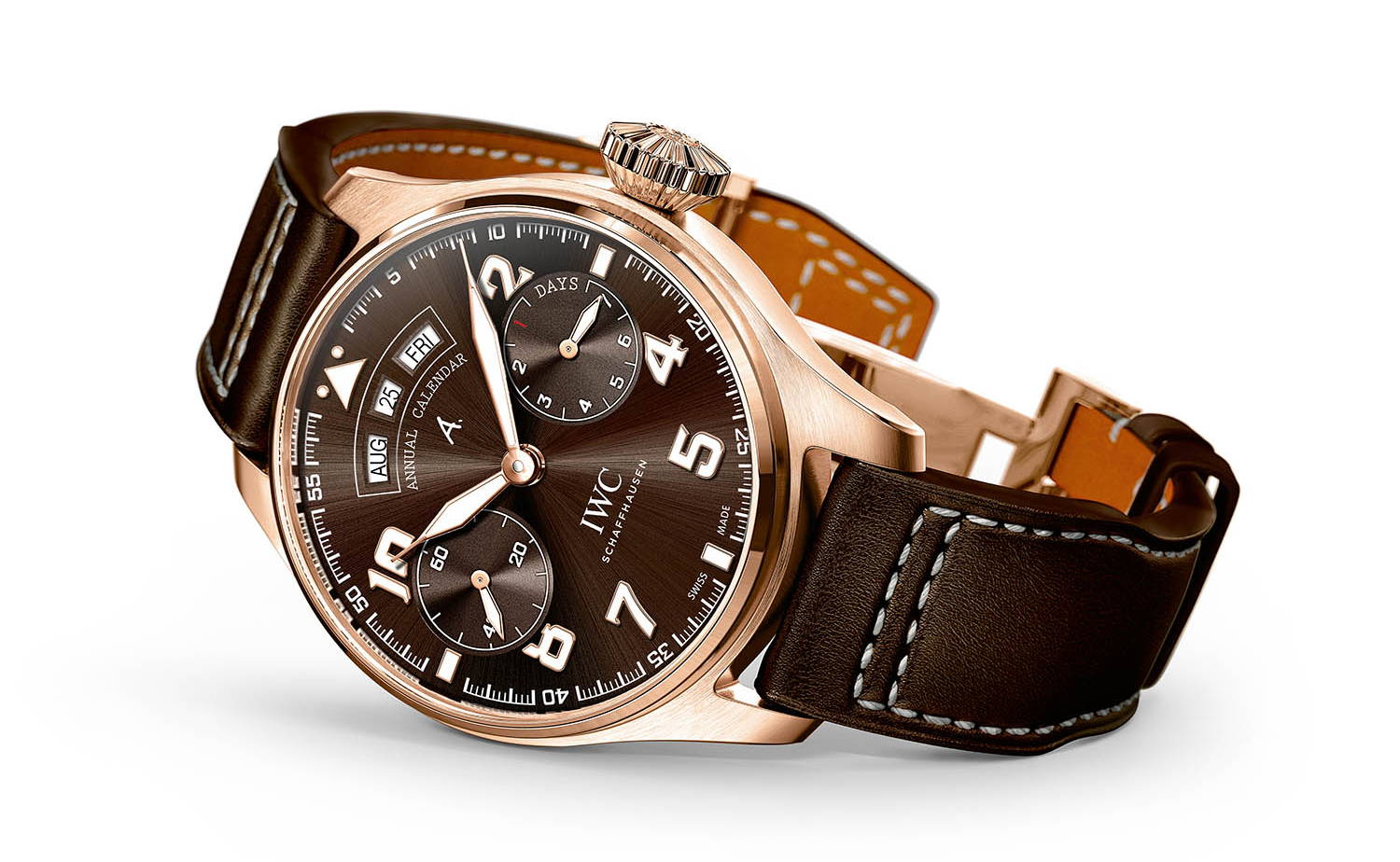 The Antoine de Saint-Exupéry displays the annual calendar function in three separate windows, and only requires adjustment once per year, at the end of February. The annual calendar function is located directly below 12 on the face and displays a month, date, day format. Powered by the calibre 52850 movement manufactured by IWC, the Big Pilot’s Watch features a Pellaton automatic winding system.

Originally developed in the 1940s by IWC technical director Albert Pellaton, the winding system was refined in the early 1950s and features a spring plate mounter rotor, which provides exceptional shock resistance. The Pellaton system is highlighted by components in ceramic, which resist wear almost entirely, and generate the timepiece’s seven-day power reserve. The power reserve indicator is located at 3 o’clock on the watch face and is offset by a small hacking seconds dial placed at 9 o’clock. 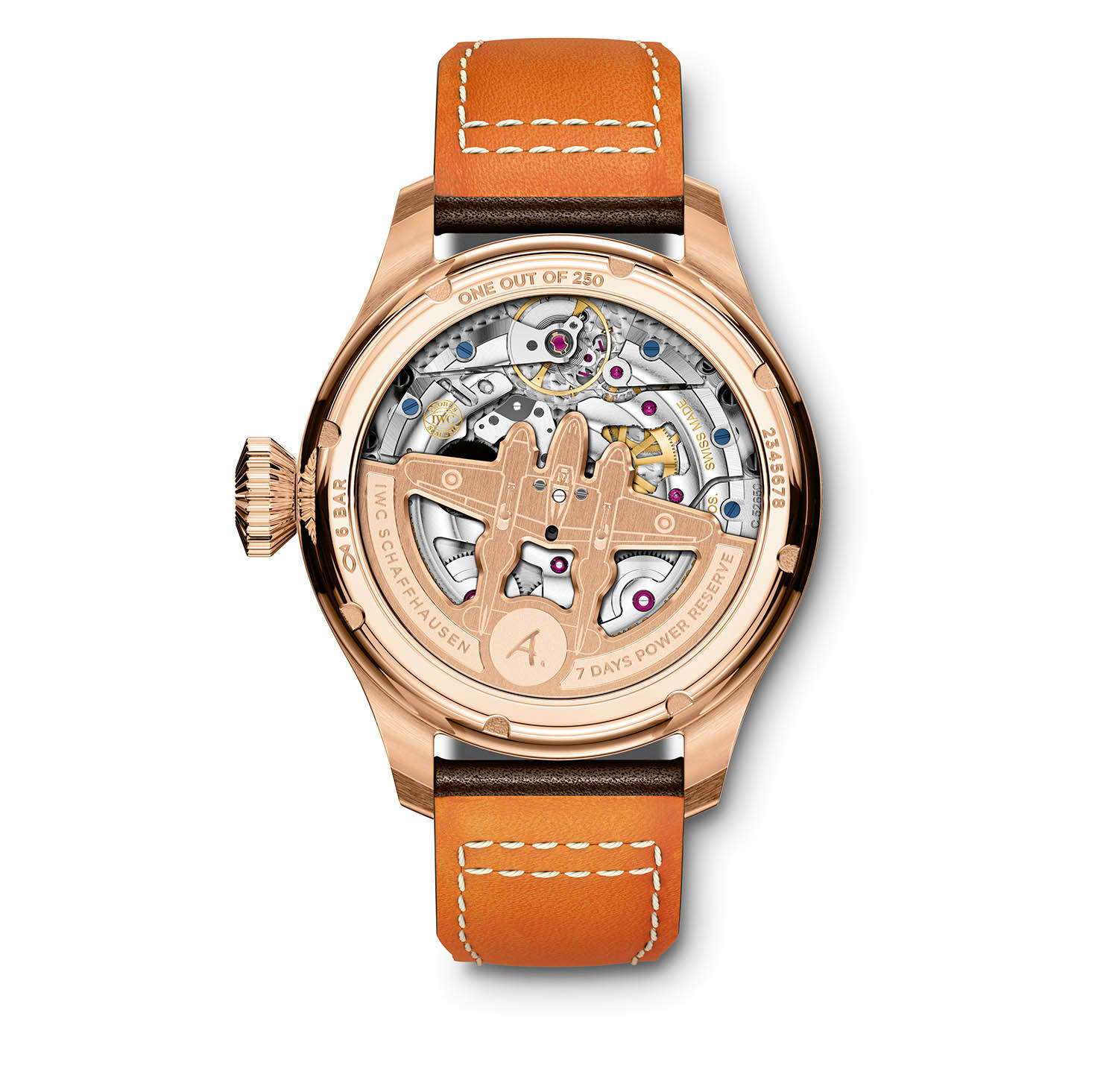 The Big Pilot’s Watch Annual Calendar Edition “Antoine de Saint-Exupéry” was introduced this month with a limited run of 250 pieces. Produced in 18-carat red gold with a brown dial and gold-plated hands, the timepiece is finished with a brown calfskin strap with white stitching, harkening back to the pilot suits of the Saint-Exupéry era. The Pilot’s Watch technology by IWC is part of what makes this wristwatch so unique.

A soft-iron inner case protects the movement and complications from magnetic fields while the specially designed sapphire glass prevents damage from sudden drops in pressure experienced in the cockpit. The 18-carat red gold case measures 46.2 mm in diameter with a thickness of 15.3mm. 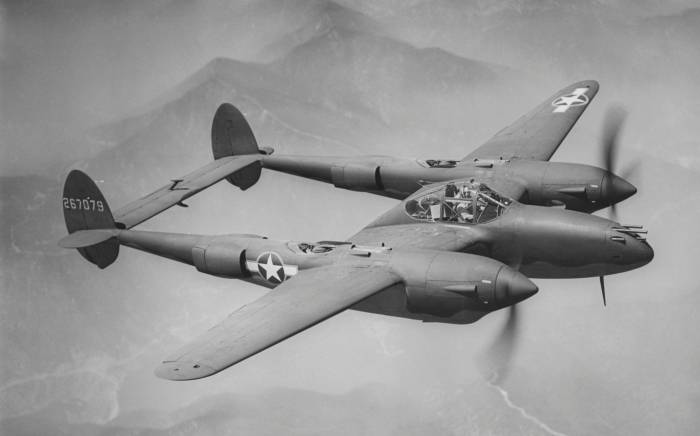 The form of the Big Pilot’s Watch Annual Calendar Edition Antoine de Saint-Exupéry by IWC is impressive and well designed, but the highlight of the timepiece is found on the reverse. Covered in a sapphire-glass back, the rotor is crafted of solid 18-carat red gold and is formed in the shape of a Lightning P-38 aircraft.

This is the plane which Saint-Exupéry piloted on a reconnaissance mission across the Mediterranean when he disappeared. This watch is the latest in a series of timepieces created for IWC’s long-standing partnership with the Antoine de Saint-Exupéry Foundation, which focuses on local initiatives around the globe benefiting youth living in difficulty.

With only 250 being produced worldwide, don't miss your opportunity to see history in the making and support the Antoine de Saint-Exupéry Foundation at Shreve & Co. in San Francisco.