If you were born in February, your birthstone is an amethyst. Although February is typically a short and colder month for many around the world, the bright hue of the amethyst is a sure way to brighten things up a bit!

The amethyst birthstone symbolizes wisdom and understanding, intelligence, and serenity. They say it also works as an emotional stimulant that inspires hidden creativity and awakens worn out imagination, allowing your ideas to flow freely.

Amethyst is one of the most well-known semi-precious colored stones. Amethyst was once very rare and was considered among the most rare gemstones deemed the “cardinal five,” including diamonds, sapphires, rubies, and emeralds. However, large deposits of amethyst were found in Brazil in the 19th century, making it not as rare as it once was. Now it is a bit more affordable and you can find it in a variety of styles.

The amethyst gemstone gets its name from the Greek word “amethystos,” meaning “not drunken.” The Greeks believed Amethyst had the power to prevent intoxication, and in turn, instill clear thinking. Gemstones have been the subject of legends and myths for centuries and have been prized by many in different cultures. From its deep history, it has been used in royal crowns, religious jewelry, and within the high society for many decades. 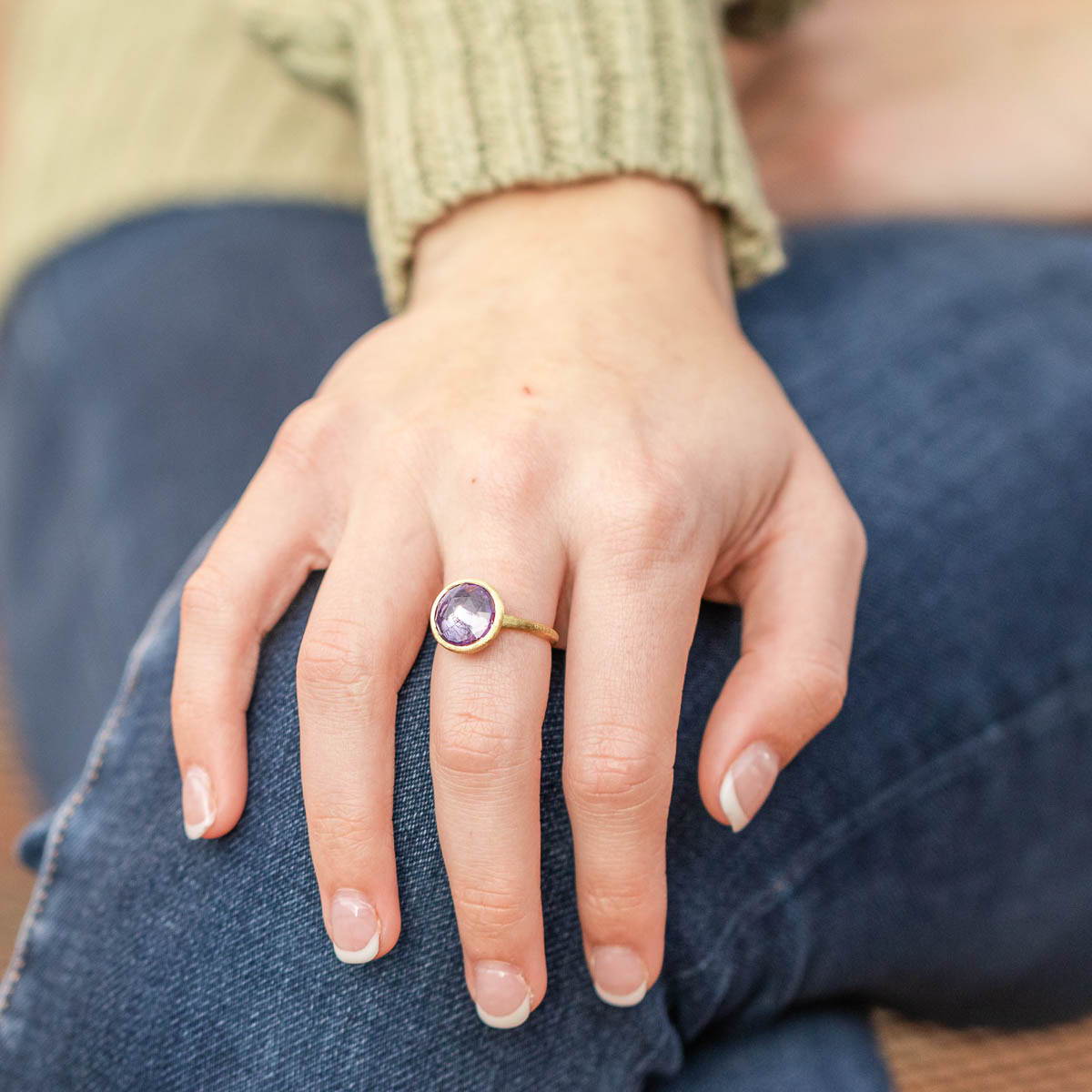 The color of this gemstone can range from a lighter lilac hue to a deep violet. And while the color varies, it gets its excellent color from artificial irradiation, a treatment that exposes the stone to radiations, allowing the amethyst’s natural properties to be enhanced. Today most of the gemstones today are unearthed in mines in South America and Africa.

This stone is rated a 7 on the Mohs scale, meaning it is a suitable stone for frequent use and wear. It’s a very durable stone, so you can wear it without fearing it will be easily damaged. It is suited for any jewelry design. You will notice it most often in rings, earrings, and pendants.

Whether amethyst is your birthstone or if you’re one who likes the color purple, there are plenty of amethyst items for you to view here at Shreve & Co. See some of our favorite amethyst items in store at our San Francisco or Palo Alto locations.