What is a race without time? By their very nature, racing and timing are intrinsically linked. For every Usain Bolt world record, Mario Andretti Formula One victory, or Secretariat dash to the line, there is a timekeeper calculating the seconds to be etched into history books.

For every champion, there is a runner up (by however close a margin) relegated for eternity to stories of “almost”. Nobody remembers second place, even when it happens in less than a second. It is for this reason, the precision and exactness of timing in racing, that watch brands become the synonymous with sporting events. 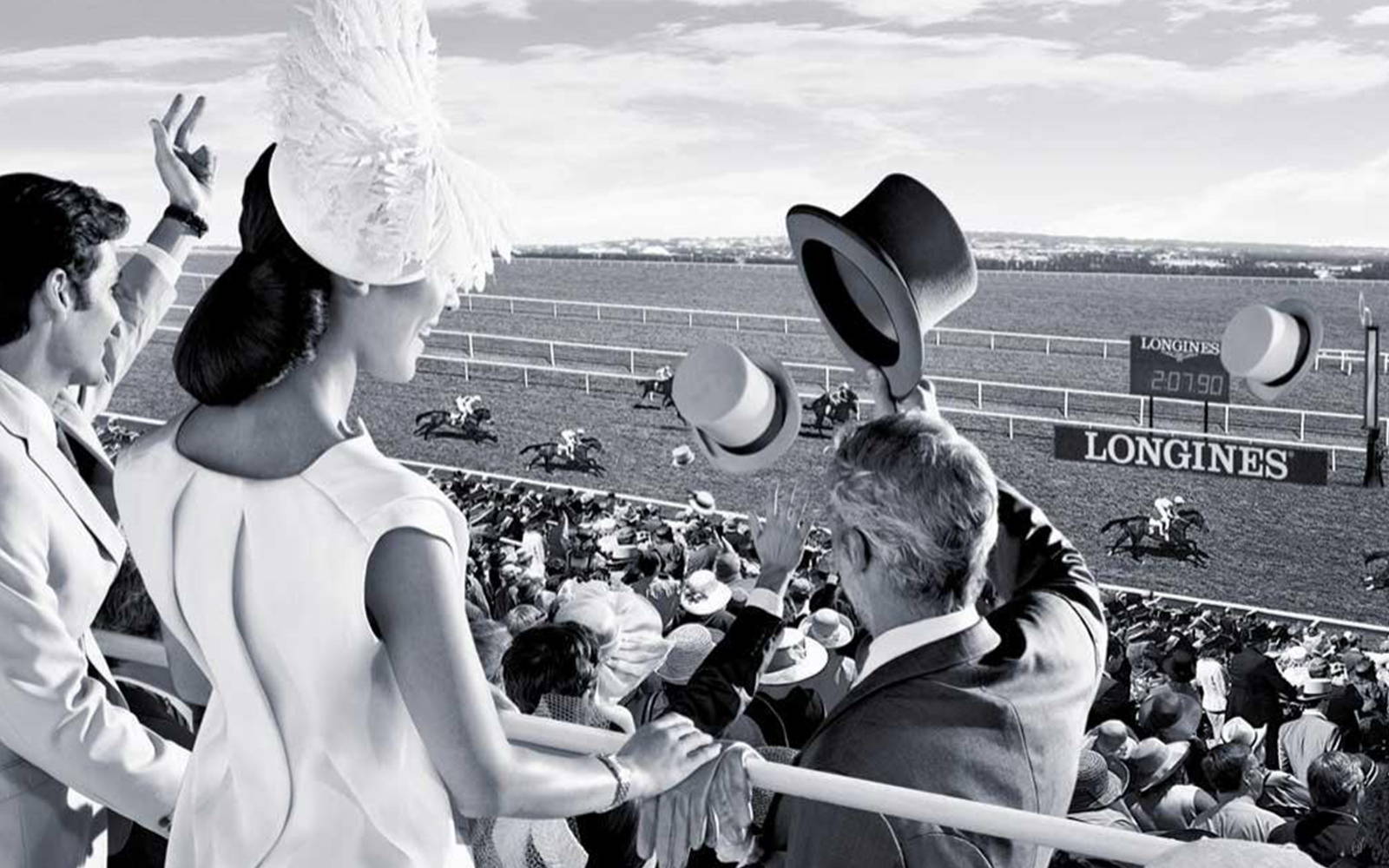 So, how did a single workshop from Saint-Imier, Switzerland become the official timer of three millennia old contests dubbed “the sport of kings”? In 1876, technical director at Longines, Jacques David visited the United States for the Universal Exhibition, the world’s first fair. Returning to Switzerland, he authored a report advocating for centralization and mechanization in the timepiece industry, which is now widely regarded as the catalyst for industrialization in Swiss watchmaking.

With a new sense of urgency, Longines patented their first precise timing movement, the 20H calibre, in 1878. By 1881, advertisements for Longines timepieces appeared in publications for horse racing, jumpstarting the brand’s popularity among jockeys and racing judges. By 1886, most sports judges in New York began utilizing Longines as their watch of choice to measure minutes and seconds for every race.

The Longines 20H Calibre Crafted in 1878

Taking measures to protect their brand, in 1889, Longines registered their iconic winged hourglass logo with the United International Bureaux for the Protection of Intellectual Property. The logo is not only still used today but is the oldest registered trademark in watchmaker history.

Longines kicked off the 20th century by affiliating itself with a show jumping competition in 1912. This began the watchmaker’s century long involvement with partnerships in equestrian sports. With the introduction of the 24 lines calibre in 1939, Longines produced a wristwatch capable of measuring time to the hundredth of a second – the reliability and style for which the watchmaker had become known.

A decade later, Longines leapt forward with the introduction of the Chronocamera, a system which paired a camera and a watch, measuring time to 1/10th of a second while snapping frames for a photo finish. The Chronocamera became standard in sports around the globe, certified by the International Automobile Federation in Paris in 1950. 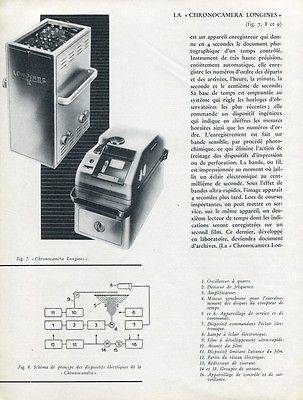 Continuing to push the limits of timekeeping, Longines introduced their first quartz watch in 1954 – the Longines Chronocinégines. Their new timepiece quickly set precision records at the Neuchâtel Observatory (the body assessing and rating Swiss timepiece movements for accuracy) and allowed them to further innovate of the Chronocamera. The new machine provided judges with a film strip composed of frames from a 16mm camera that enabled them to measure athletes and horses to 1/100th of a second as they crossed the finish line.

Creating a monumental shift in the sports world, Longines introduced a permanent recording process of the finish line just two years later. The Contifort (which printed a continuously unwinding and immediately developed film strip) cemented their precision quartz timing system as a driving force in the industry and changed the world of sports forever.

Today, Longines has cornered the market on global partnerships with equestrian sports. The brand is the Official Partner and Official Watch of the International Federation of Horseracing Authorities (IFHA). For nearly a decade, Longines has been the official timekeeper and watch of “The Most Exciting Two Minutes in Sports”, the Kentucky Derby. Along with presenting annual awards for “World’s Best Jockey” and “World’s Best Racehorse”, the Swiss luxury watchmaker has been the official timekeeper of more than forty equestrian events annually across the globe. 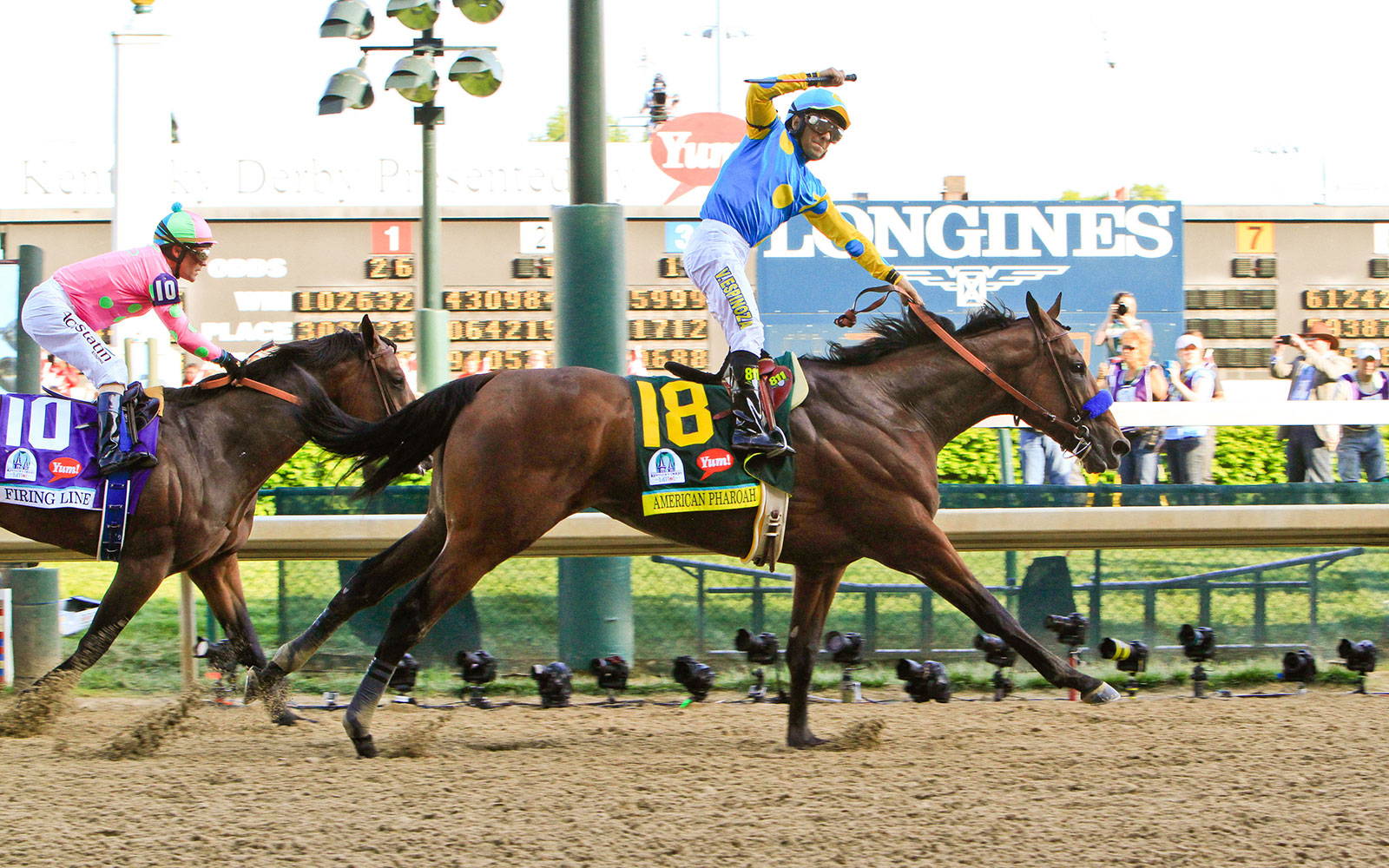 The brand has even paid homage to their favorite sport with the introduction of their Equestrian Collection – featuring bridle styled accents and genuine leather straps. Their passion for horse racing is continually demonstrated to the world every year as Longines presents a watch to the winner of both the Kentucky Oaks and Kentucky Derby. 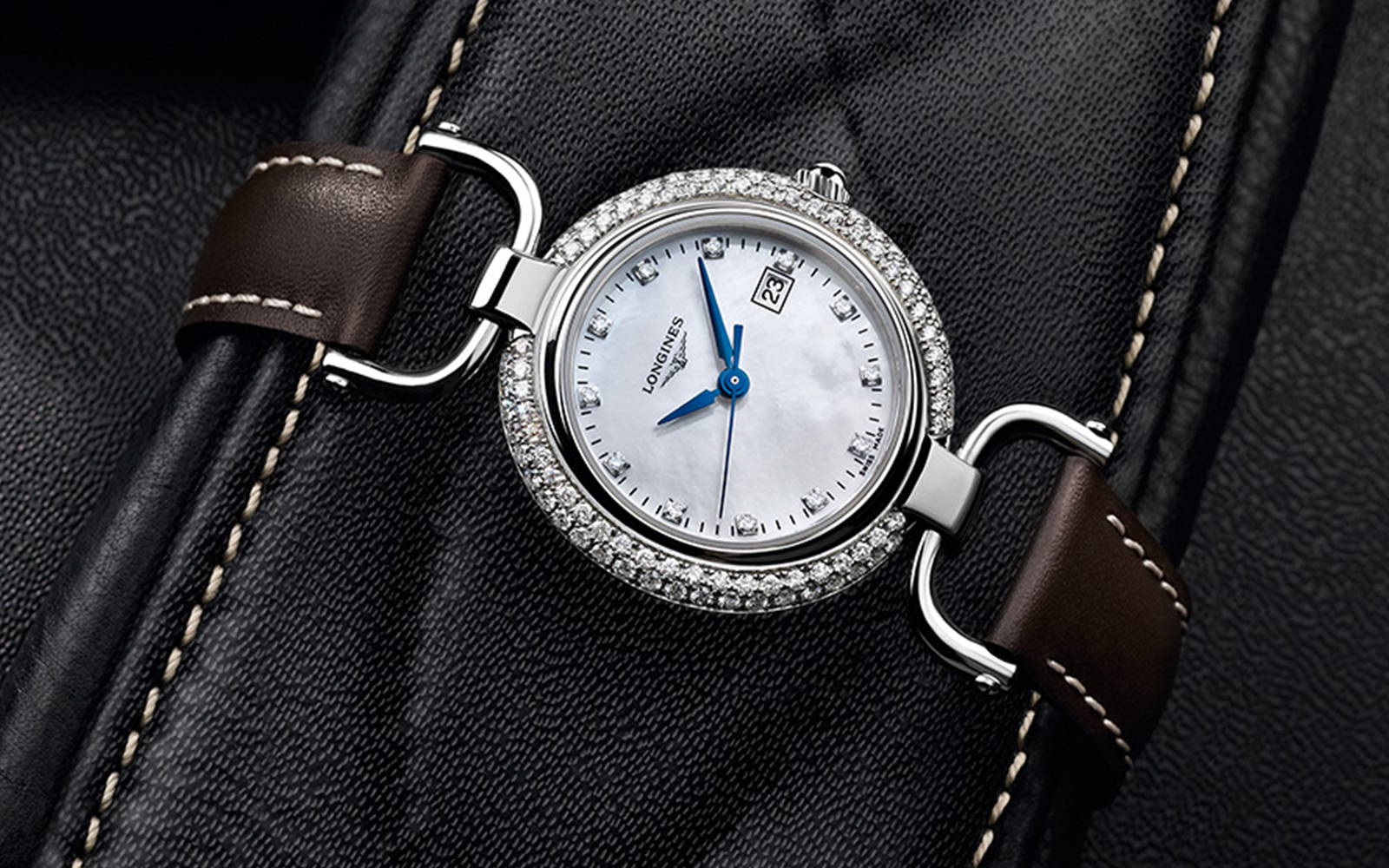 Believe it or not, more than 150,000 people arrive at Churchill Downs in Louisville Kentucky to witness one of the great spectacles of sport. As you witness the year’s “Most Exciting Two Minutes in Sports”, we are willing to bet you will see Longines on the wrists of spectators during the “Run for the Roses”.

Before having your first mint julep of the weekend, come into our Shreve & Co location in San Francisco and see the history of sports timing in person. Speak to an expert about why Longines continues to push the boundaries of precision timekeeping and its history with the Kentucky Derby. You can also schedule an appointment here.