Stephen King once wrote, “Sooner or later, everything old is new again”. In the world of luxury watches, this has often meant that vintage watches retain a place in the pantheon of horological achievement as the “first of their kind”. While new and more complicated pieces garner attention with their updates and styling, the watch world continues to value classic design, with the vintage watch market a key driver of the continued “style” of the timepiece industry. The exception to this has seemed to be the ever-increasing size of timepieces, with watches averaging between 40-47 mm, far larger than their 30-35 mm historical counterparts. King’s locution, however, seems to be ringing true in recent months as smaller watches have started to make a comeback, with many manufacturers reversing course on the “bigger and bigger” trend. 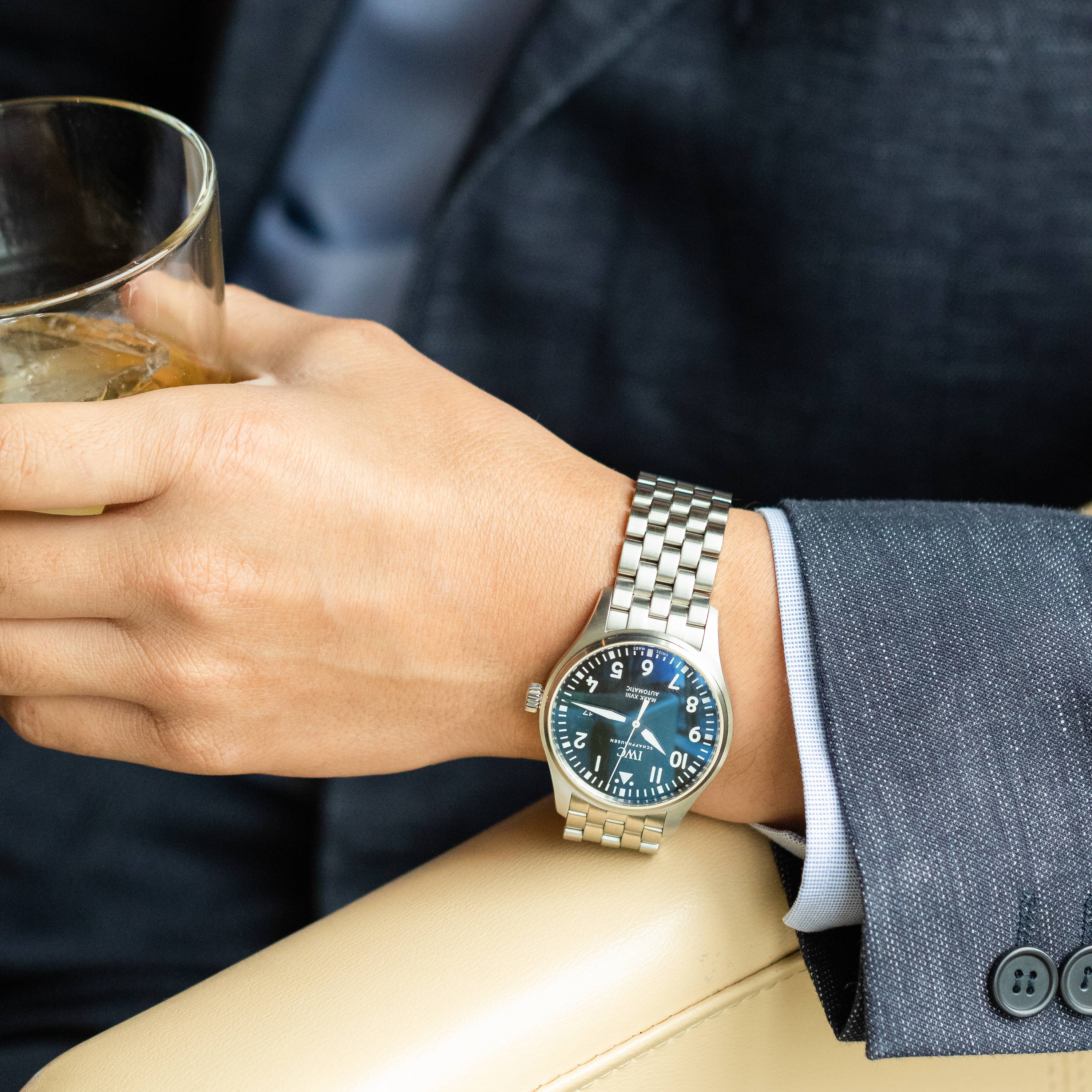 To understand how the watch world became a stable of 47mm timepieces, we need to look back at how the appeal for them grew. Decades ago, smaller watches were popular amongst both men and women. The normal timepiece size measured between 30-35 mm. Larger timepieces were reserved for sport-specific models such as dive watches or pilot watches. The purpose of a watch after all, was to tell time. When cell phones became the defacto source for telling time (think about how often you check the time on your phone) the purpose of the wristwatch began to evolve. This seems to be the key change that occurred which led to the evolution toward larger timepieces. Men no longer needed a watch for telling time, so the wristwatch became a statement piece on style, wealth, status, and even masculinity. Sports watches and pilot watches tended to be larger and as they increased in popularity, they began to skew the perception of how a watch should fit on a man’s wrist. With popular culture showing larger timepieces as the new status symbol and men becoming infatuated with attention-grabbing, shiny wrist watches, it is no wonder the average size of a timepiece ballooned up to between 40-47 mm in recent years. 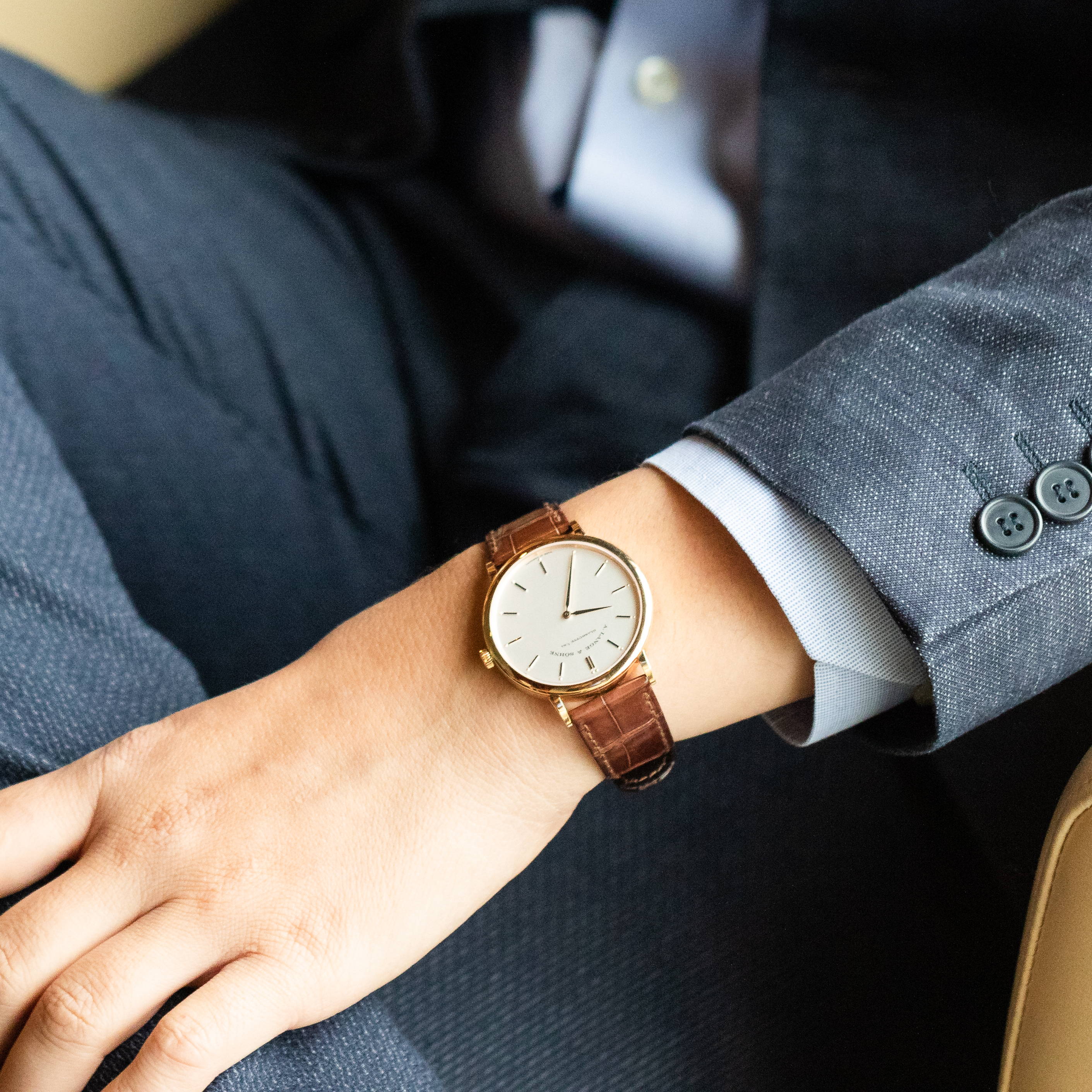 Recent months have seen the vintage watch market boom, and with it an increasing demand for more modest sized timepieces. With major players such as IWC and even Panerai (the arguable King of the massive metronomes) launching new models of their current timepieces in reduced case sizes, the tide appears to be turning back in favor of the smaller wristwatch. These new not-as-massive norms for case size provide some distinct advantages for those in the market for a new timepiece. Smaller watches are more comfortable to wear, with smaller cases often weighing less, making them less noticeable on the wrist for the wearer. The smaller size also feels more refined, with less material used in construction of the case the maker of the timepiece has to fit all of the same parts of a larger watch into a smaller space, making every placement feel more purposeful. These same smaller cases take up less real estate on the wrist of the wearer, allowing for a more proportionate fit and cleaner aesthetic, a feature that many stylists agree looks more purposeful and bespoke compared to the bulkier cases of extra-large watches. 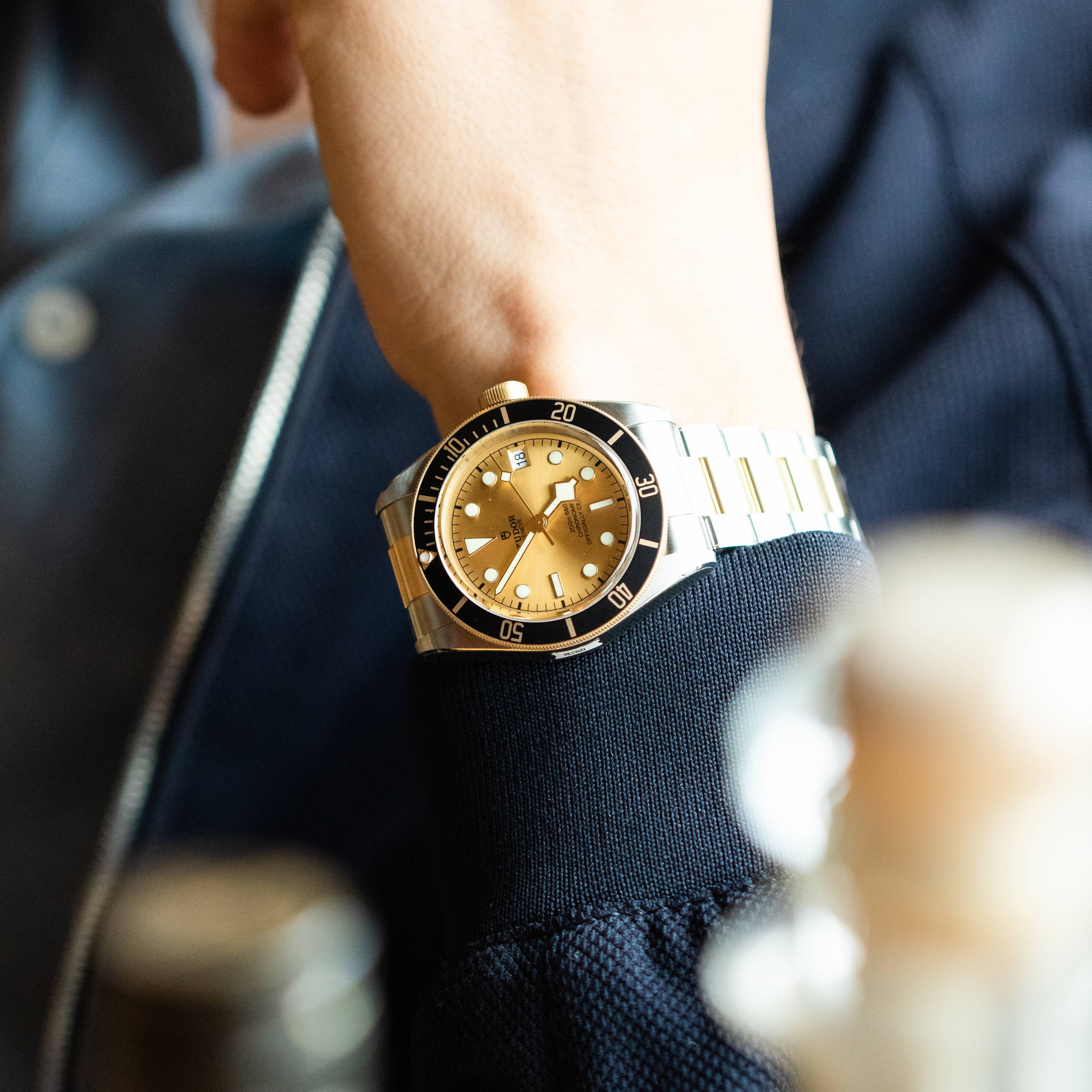 While many brands are only downsizing their offerings slightly when compared to recently released timepieces, several of the new “smaller” offerings are between 39-41 mm, the shift to a more compact case on these watches is still significant. Decades ago, smaller wrist watches were popular amongst both men and women. Many of the massive production pieces of the last several years have been marketed exclusively to men. The return to a more modest case size is allowing both men and women to wear these new constructions, expanding the impact of a well-designed timepiece. While the era of colossal chronometers may not be reaching a conclusion anytime soon, this trend towards a more diminutive dial reminds us that “sooner or later, everything old is new again”.