In 1804, Thomas Jefferson dreamed of “The City by the Bay" and so he sent Lewis and Clark to explore the west. A half-century later, “49ers” made the same trek with hopes of riches beyond their wildest dreams during the California Gold Rush. Soon after, investors, artists, and entrepreneurs searched for the world's finest timepieces and jewelry to showcase their successes and thus Shreve and Co. was born. 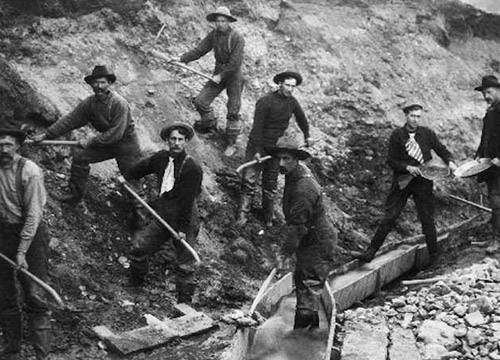 The news of gold at Sutter’s Mill in 1848 brought 300,000 people to California from across the world. The rapid influx of gold into the national money supply sparked a boom in the American economy and jewelers George C. Shreve and his nephew Samuel S. Shreve joined the thousands flocking to America’s new “Gold Coast” to seek their fortune in San Francisco.

In 1852, the pair opened the doors to the new Shreve Jewelry Company at 110 Montgomery Street on the corner of Clay Street.

By the 1860s, Shreve & Co. had established its reputation as the finest silver and goldsmith in America. Many of the company’s spectacular pieces were collected by presidents, business tycoons, and prominent families. These same pieces now reside in museums and private collections around the world including a 10-inch tall solid gold Teddy Bear commissioned as a gift by the citizens of San Francisco for Teddy Roosevelt. 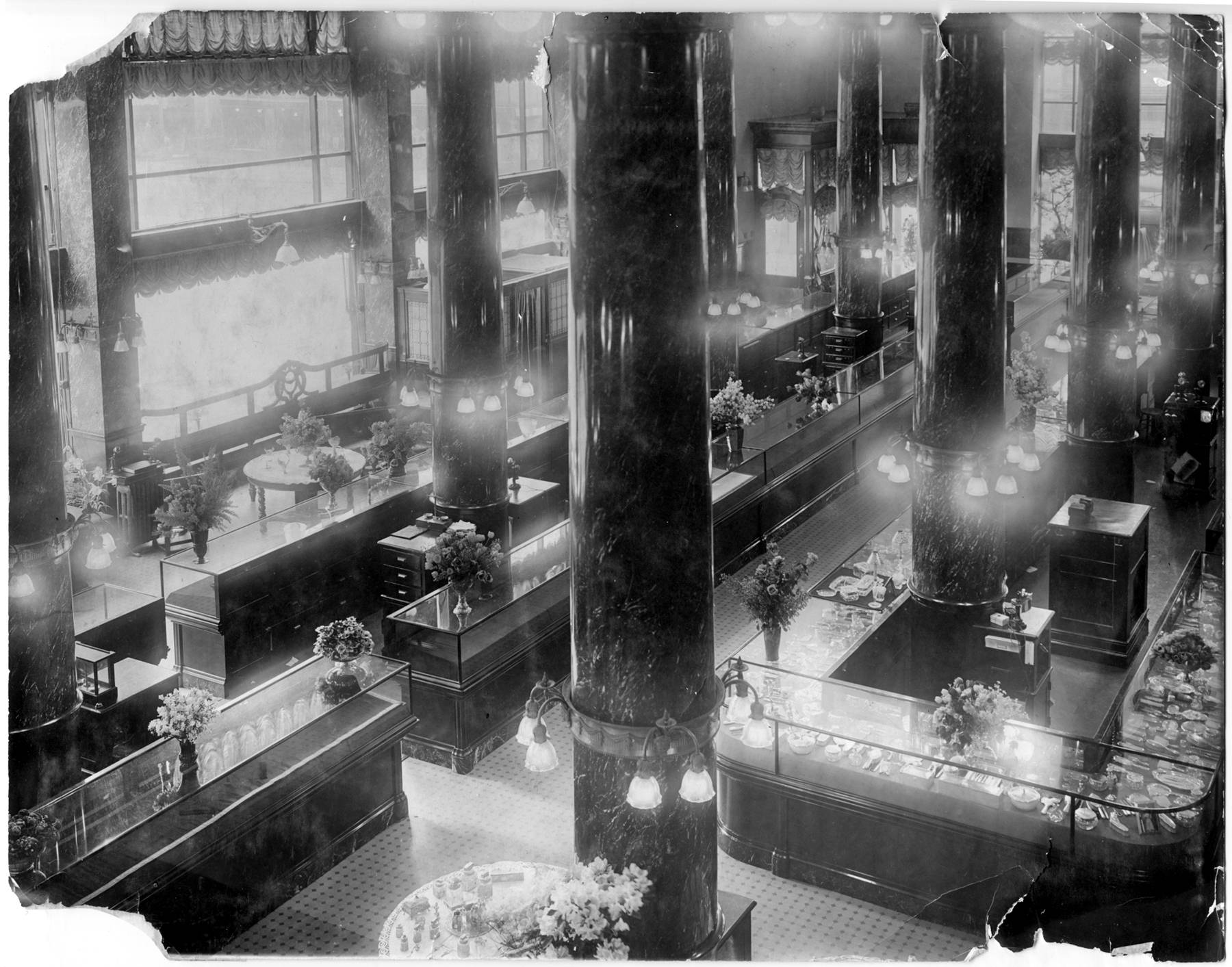 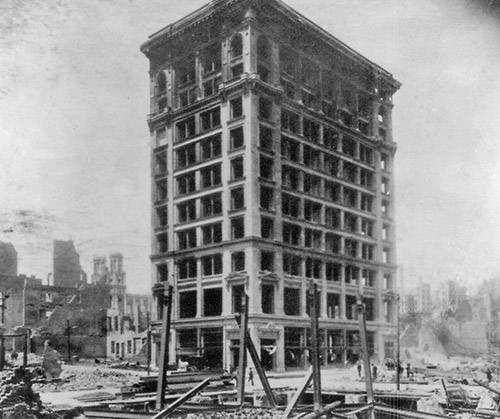 In March of 1906, Shreve & Co. made headlines by relocating to a brand new eleven story “earthquake-proof” building at the corner of Post Street and Grant Avenue. Proving fortuitous, the great earthquake hit the city one month later, and when the dust settled, the Shreve Building was one of the only still standing. The inventory was found intact and unscathed in the company’s new fireproof vault when it finally cooled enough to be opened three weeks later.

The post-earthquake era ushered in the introduction of Shreve’s first line of flatware and the publication of its first series of illustrated catalogs which featured a variety of watches, jewelry, and exclusive Shreve silver.

Soon after, Shreve & Co. became part of the war effort, converting six floors of their building previously used for silver and jewelry to the production of items for the U.S. Armed Services. After the Armistice of 1919, the firm re-tools the factory space and returns to producing the luxury goods for which it is known. 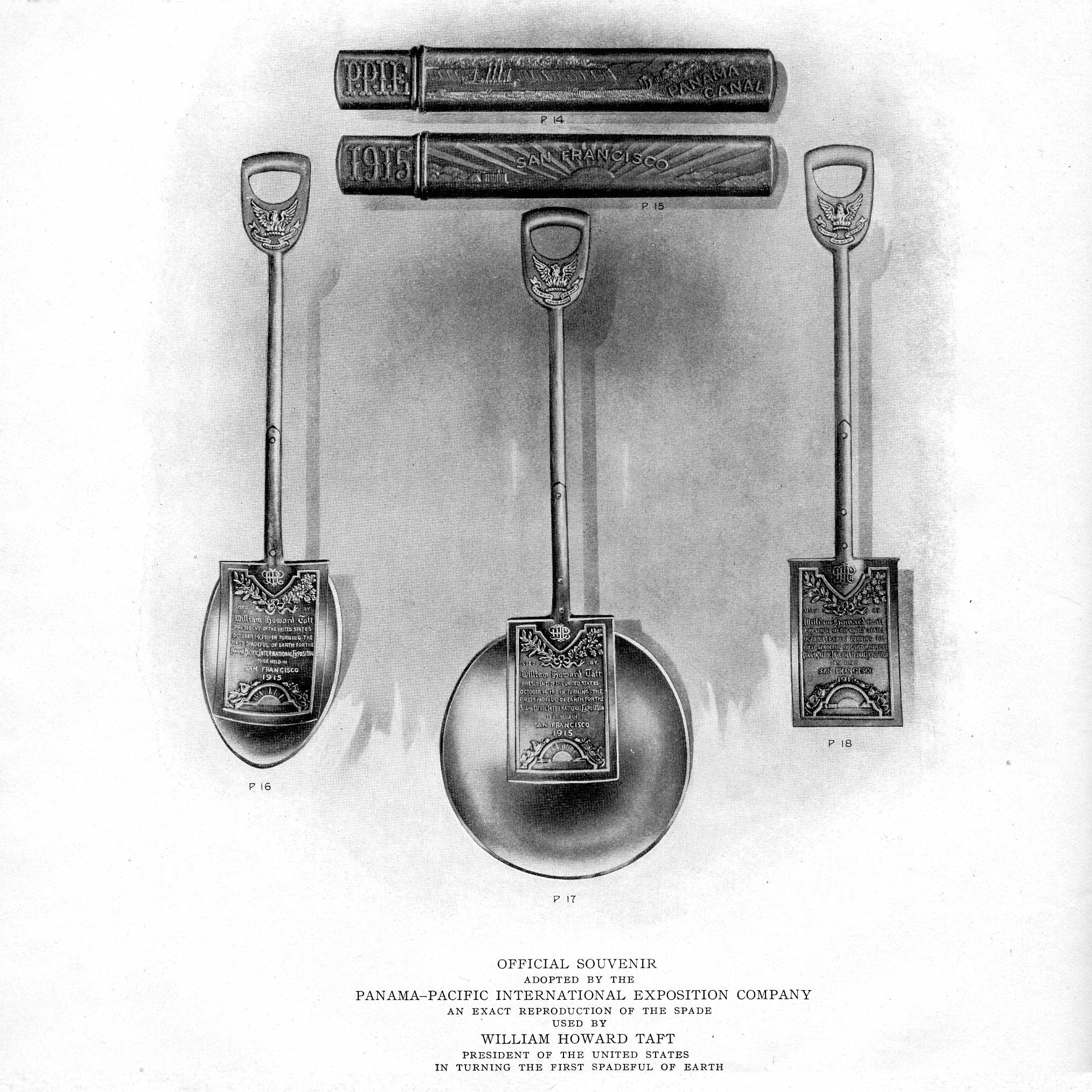 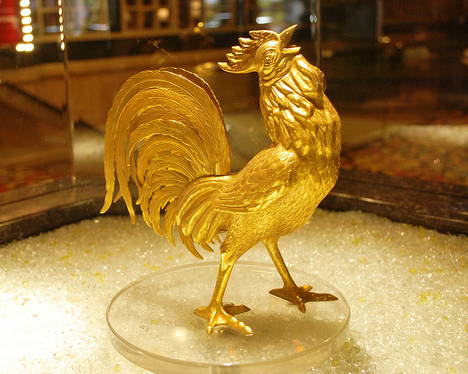 Throughout the 20th century, Shreve & Co. has been celebrated around the globe for innovative designs and impeccable craftsmanship. Special commissions have included a life-sized rooster crafted of solid 18k yellow gold; a 14k white gold replica of the Statue of Liberty; gifts for delegates to the newly founded United Nations in 1945; and the gift presented to Queen Elizabeth II by the State of California upon her coronation in 1953.

Shreve & Co. has also been privileged to house numerous special exhibitions including the Crown of the Andes, the 726 carat Yonkers Diamond, a collection of jewels once owned by the Russian Empress Catherine the Great; the 104 carat Chrysanthemum Diamond, and the treasures of the Atocha, a Spanish galleon that sank off the coast of Florida in 1622.

Today, Shreve & Co. is the oldest retail jeweler in the state of California and still known as a destination for an international clientele of connoisseurs and collectors of fine jewelry and luxury timepieces on Post Street in San Francisco and in Stanford Shopping Center in Palo Alto. Cutting edge renovations were completed for both stores in 2017 and 2019 respectively to stay current with the world of tomorrow's patrons. We invite you to stop by and explore. 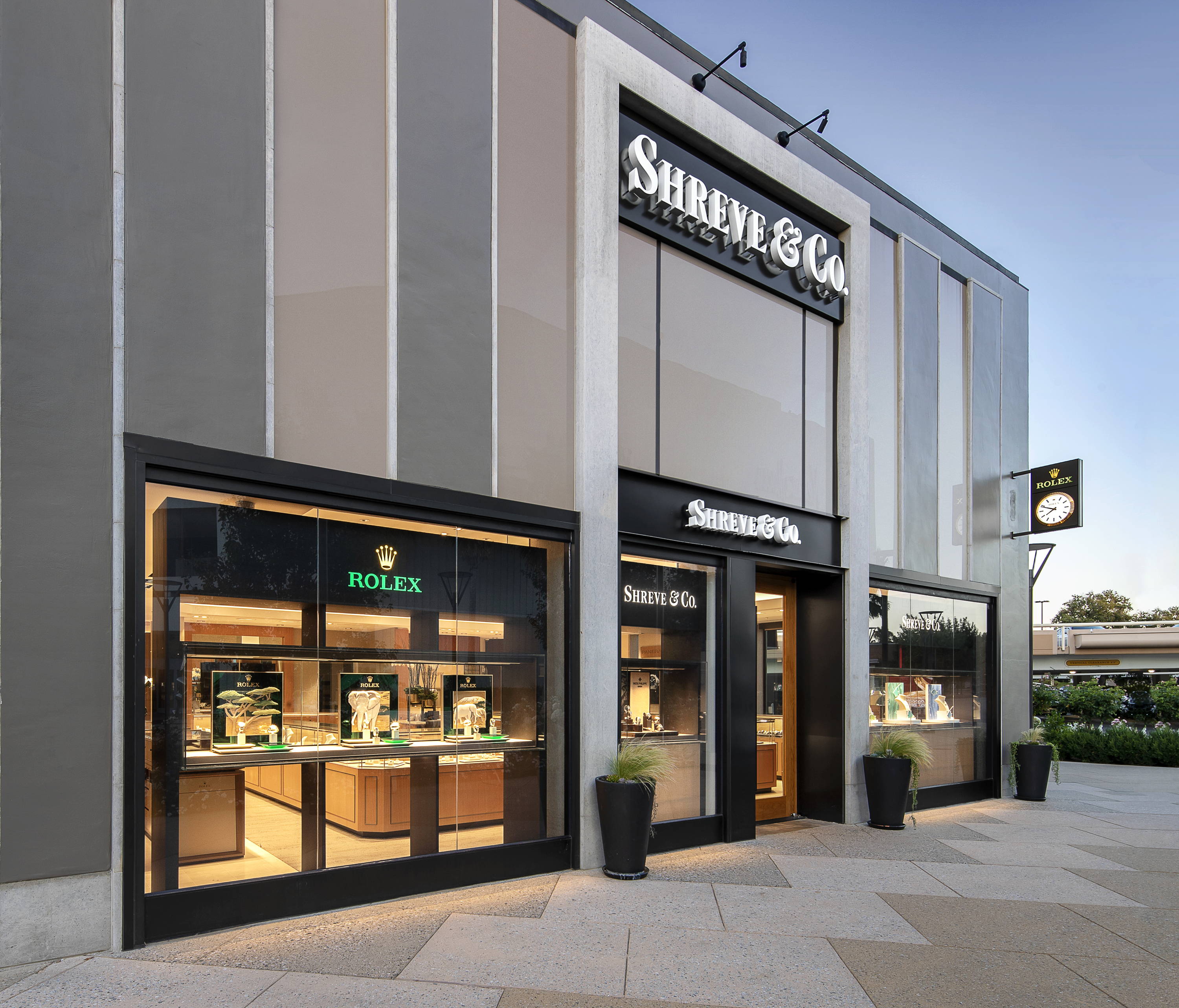