Nearly twenty years later, whenever I meet someone, I still see Tony talking to the man in overalls. 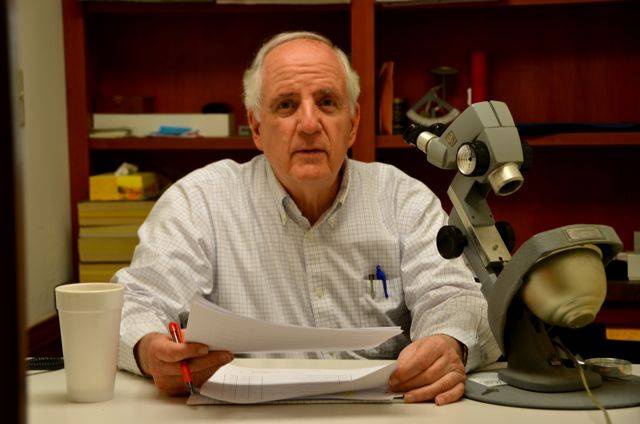 And the lesson he taught most was friendship.

A Christmas season or two after I started working in the store, the bell chimed by the door, and a rather dusty pair of blue overalls walked in and paused at the door as the farmer wiped his boots off on the mat and removed his hat. Not only did he look out of place next to the fancy wood paneling, plush carpeting, chandeliers, and display cases full of diamonds and gold — he felt it, too.

But he’d scarcely tinkled the door bell before Tony greeted him like a VIP and the two fell into talking.

I thought the man was a stranger; he’d clearly never been into the store before. And that was true enough, he hadn’t. But he was no stranger.

As soon as the overalled farmer mentioned his name, Tony knew exactly who he was and pulled me into the conversation as a teachable moment.

The man’s wife had been in the store two year’s previous and Tony had attended her as she basically window-shopped the cases. And this is so like my grandfather — he recalled exactly what that lady had asked to see and most wanted.

We used to joke that Tony was a walking encyclopedia of wish lists. But that doesn’t do him justice. There’s nothing intimate about an encyclopedia, and Tony didn’t just remember which patron wanted which piece of jewelry — he knew almost everything about them: about where they lived, how many kids they had, why they’d come in, what they were hoping for, what they liked about each piece, and so on. He probably could have played the Newlywed Game with them and done better than most husbands.

So from a single conversation two years ago, my grandfather remembered this lady’s name and exactly what she was hoping to receive from her husband some day. You could watch the creases on the farmers face relax into a smile as Tony chatted with him, walked him over to the diamond stud earrings the wife had looked at a few years ago, and pulled them out for the farmer to see.

Needless to say, Tony made the sale. But that was almost beside the point. What he really made that day was a friend. A friend who now felt at ease coming back to see us, or saying hi when we saw each other out in town.

Because the kicker was that ours was the last store this man had visited — all the other store clerks had been either stand-offish or impatient with the man, sizing him up as “not a good prospect,” I guess. They didn’t care to know the man, they just wanted to sell to him.

The lessons: people and relationships are what’s important. Everybody has a story worth hearing if you’ll only show ‘em you’re listening. And jewelry is never about the jewelry — it’s about the person who’ll be wearing that jewelry.

Those were the lessons I took away from it, anyway. There actually the reason I went from being voluntold to work in the store to being passionate about the family business.

It’s why I still see my grandfather talking to the man in overalls when I meet anyone — I want to be as good about hearing and remembering people’s stories as Tony was.