The IWC Portugieser was originally designed to help to Portuguese merchants have the accuracy of a desk clock in a wearable wristwatch designed for sailing. By implanting a pocket-watch movement in a distinctive large case with a focus on reliability and legibility, the 1939 creation by IWC became the most famous of IWC's creations. From 1939 until 1981, only 690 total Portugieser wristwatches were produced under the Reference 325 moniker, with most being shipped to Eastern Europe and only about 20% making their way to Portugal. The purity of design and the classic style of the Portugieser, coupled with the pocket-watch movement which represented IWC's history, have made the wristwatch an icon in the IWC portfolio. Indeed, the Portugieser has been referred to as the most elegant sports watch of all time, but it nearly vanished after being phased out in the 1980's and was followed by the quartz crisis which could have doomed the watchmaker from producing timepieces ever again.

Surviving the quartz crisis, the Portugieser has always rejected the theme of smaller watches powered by generic movements. It was the release of the Portugieser in 1993 for the 125th anniversary of the brand which brought the now-famed model back to life. Other than the numerical font, this newly released timepiece was the same watch produced in the 1930's for two Portuguese sailors, even featuring a movement based on the original pocket-watch. Slowly gaining popularity, the style was released with various complications in limited productions. Then, in 1998, IWC released the Ref. 3714 Portugieser Chronograph, one of the most successful post-quartz designs of all time. Late, an in-house movement was added to the Portugieser 2000, with several new models and movements coming onto production over the first few years of the new millennia. 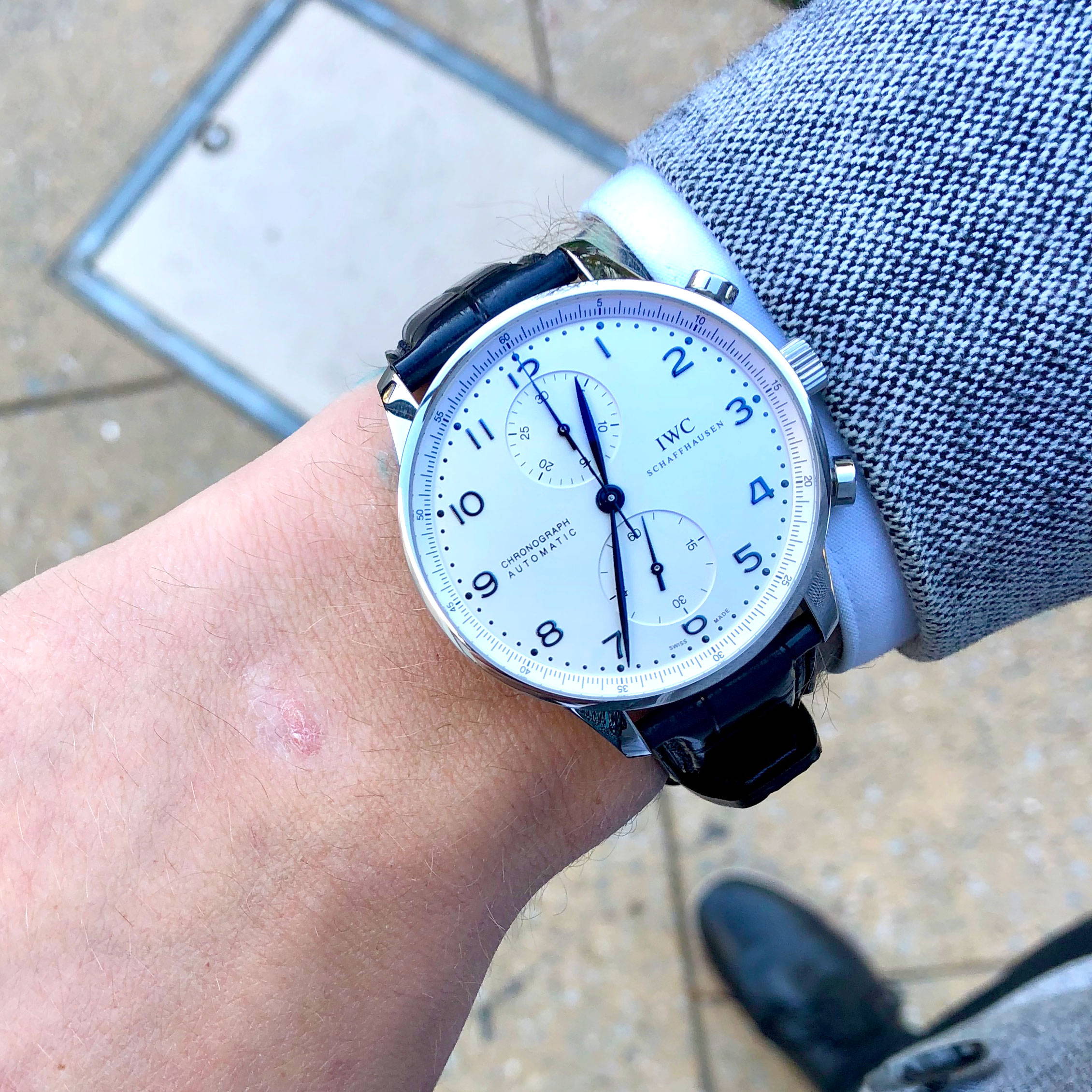 The new IWC Portugieser Chronograph Ref. 3716 is offered in six new versions, four stainless steel case options and two 18K red gold options. These six new models offer nearly no visual difference from their classic Portugieser model brethren, except for the sapphire display case back which showcases the new movement. The Caliber 69355 automatic chronograph movement is based on the 69000 series, which IWC utilizes in the Pilot and Ingenieur family of watches. The movement features a new 27-jewel column wheel movement which powers a 46-hour reserve and features a custom signed skeleton rotor. Operating at 28,800 vph, the movement is housed in a 41mm case which displays two sub-dials at 12 and 6 o’clock. The classic “chopped” numerals complete the historic dial with a focus on legibility and classic design. All six new models come with an alligator strap, which is selected to accent the color of the dial. 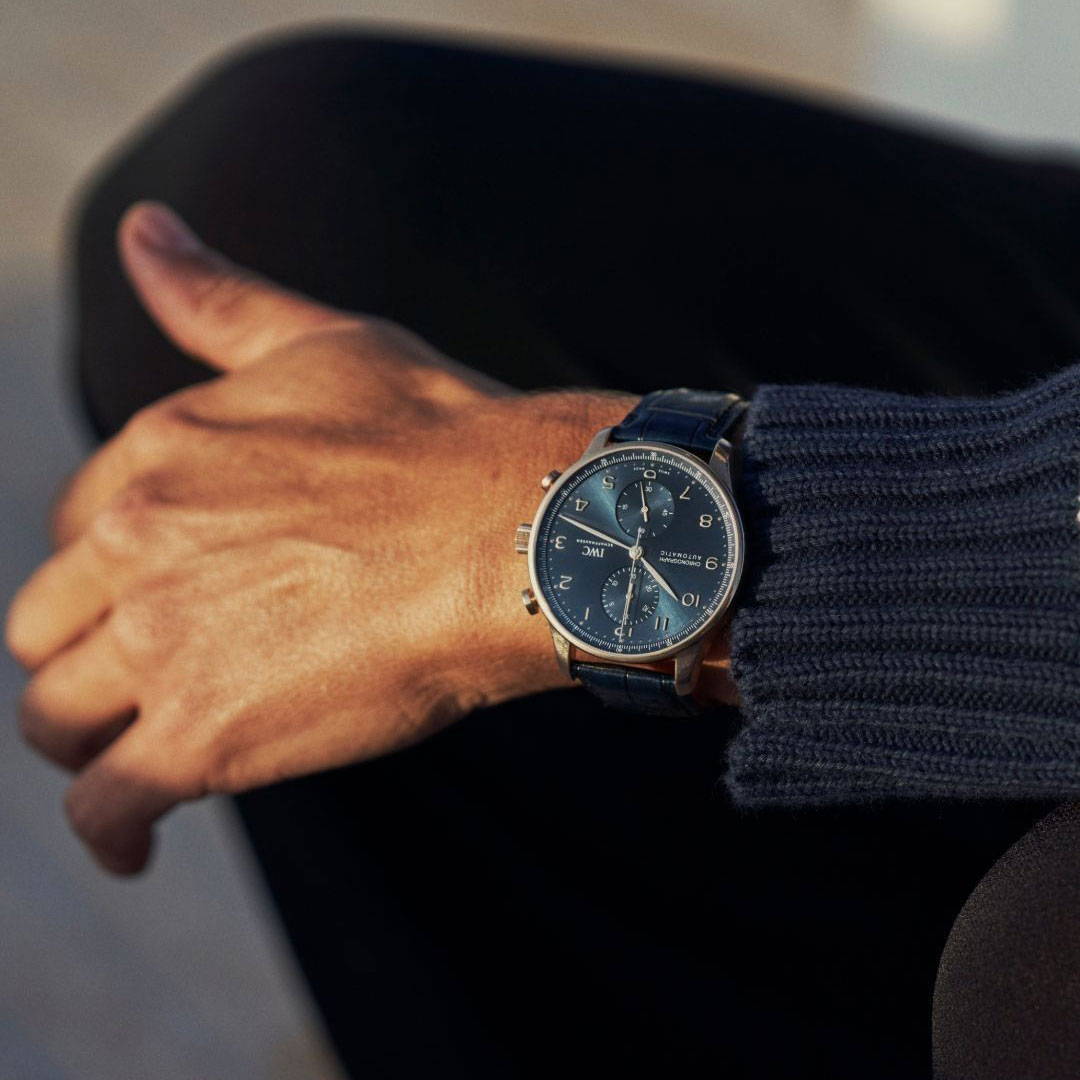 These new Portugieser Chronograph models now look as beautiful on the inside as they do classic and timeless on the outside. The new movement represents a major improvement for the product line, shifting the Portugieser to a true “manufacture” model in the IWC portfolio. All six models are currently available through IWC authorized dealers, with the stainless steel models retailing for $7,950 MSRP and the 18k gold models retailing for $17,800 MSRP