Perhaps the most unique aspect of this authentically American brand is the use of interesting and rare materials in their designs. Meteorite, gemstone, fossil, and metal applications are common in these unique creations. Here is a closer look at some of the most identifiable rare materials used by William Henry.

What do mammoth tooth, dinosaur bone, walrus tusk, and coral all have in common? For the creative minds over at William Henry, they are fossilized materials added into their unique creations.

Nearly 10,000 years ago the woolly mammoth walked the earth. The woolly mammoth is the next most depicted animal in Ice Age art after horses and bison, with images dating back to nearly 12,000 years ago. Today, cave drawings of mammoths have been found in Russia, France, and Spain. William Henry has harvested Mammoth tooth fossils in both Alaska and Siberia for use in their designs. While mammoth tooth is a rare fossil, perhaps the most exotic fossil used by William Henry is dinosaur bone. 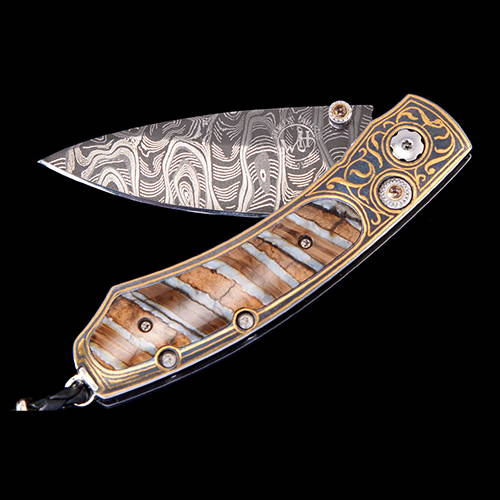 Found in Utah and belonging to an Apatosaurus who lived nearly 100 million years ago, dinosaur bone provides the possibility of owning a piece of ancient zoologic history. With colors ranging from red to brown to black to green depending on the minerals surrounding the bone as it became petrified, the appearance of dinosaur bone makes its inclusion in designs by William Henry truly unique, even before considering the astonishing age of the fossil. While dinosaur bone may be the most exotic material used, it is far from the rarest. Walrus tusk which was fossilized between eight and ten thousand years ago is harvested by Native Americans in Alaska, proving to be among the rarest of all natural materials used in jewelry making. 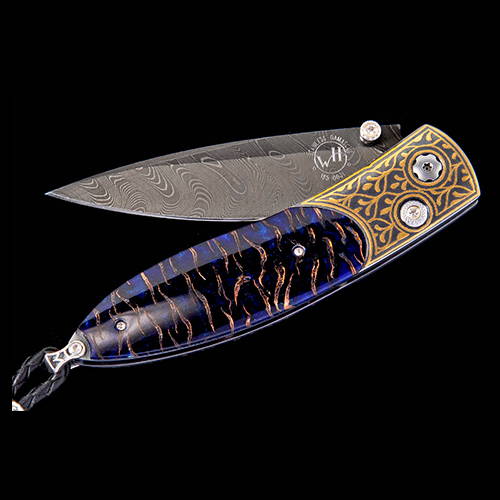 William Henry continues their use of rare materials by incorporating beautiful sections of the Gibeon Meteorite in the construction of their designs. Named after the town of Gibeon in Namibia near where the meteor fell in prehistoric times, fragments of the meteorite are strewn across an elliptical area 171 miles long and 62 miles wide. In 1836, English captain J.E. Alexander collected samples of the meteorite and sent them to London. Analyzed by John Herschel in London, the samples were confirmed as extraterrestrial. Composed of an iron-nickel alloy containing cobalt and phosphorous, the meteorite provides an example of Widmanstätten patterns, long nickel-iron crystals not occurring naturally on earth. 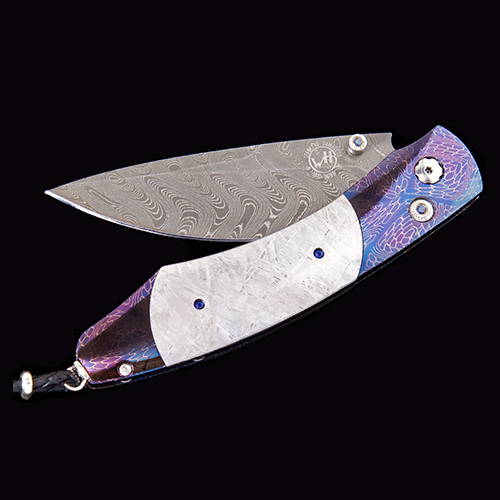 While fossilized bone and extraterrestrial stone might be unique, William Henry also utilizes some closer to home materials in the creation of their designs. Turquoise and agate are prominently featured in many pieces. Known for its beautiful blue tones, the Kingman Mine in Arizona produces some of the finest variations of turquoise in the hemisphere. William Henry produces a Zinc-Matrix Turquoise by infusing the stone with zinc, creating a contrast between the soft blue tones and the shiny metal appearance of zinc. While turquoise provides the pop of blue color, the translucent banded properties of Tibetan Agate provide an equally unique appearance. Agate is believed to have a stabilizing effect on the body with Tibetan agate producing strength, power and courage, and enhancing truthfulness. It is easy to see why these gemstones are incorporated into the designs at William Henry. 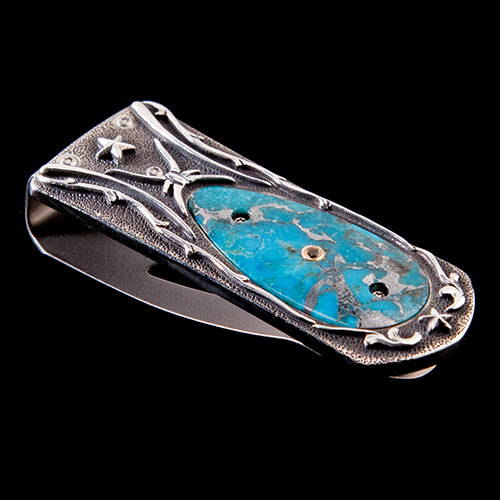 Gemstones, fossils, and meteorites are all unique materials used by William Henry. Coupling these materials with a truly unique production technique for metal creates the designs for which William Henry has become famous. Mokume Gane was developed as a metal-working technique in 1600s Japan. Fusing several layers of different metals together and then artistically exposing sections of the lower layers, this technique often mimics wood grain. Layers of metal are pressed together and fused with heat, the carved away to expose lower layers before being pressed again. Mokume Gane utilized by William Henry is generally constructed with copper, brass, and nickel silver in either 45 or 89 layers which are forged and patterned by hand. 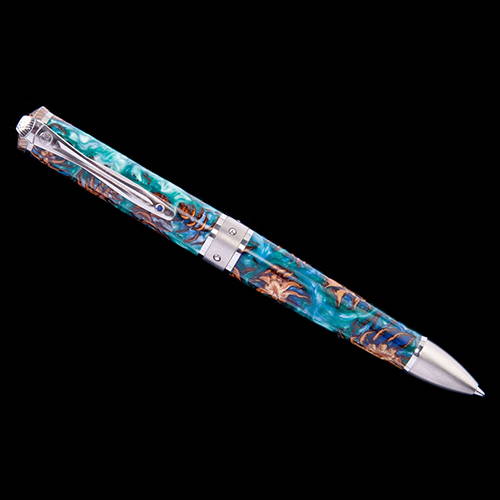 Building on the technique of Mokume Gane, William Henry created an exclusive material that fuses tradition metal forging with modern fabrication. The result is Wave Mokume, featuring copper, stainless steel, and pure iron in a 55-layer piece patterned with an undulating wave. When highly polished and heat colored, the iron takes on colors from brown to purple to blue, producing a unique look to each blade. 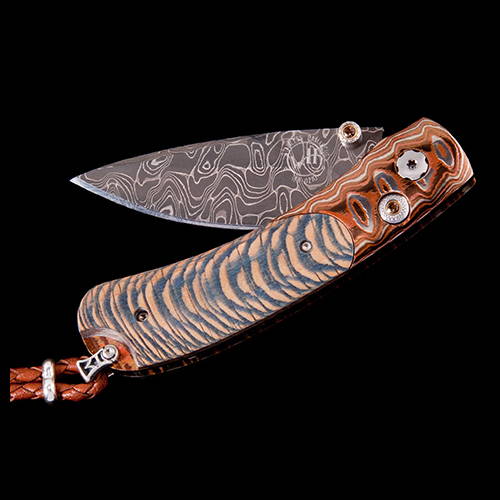 While many artisans are known for their unique stylistic usage of precious metals, William Henry has forged a new path. Combining rare materials, modern construction techniques, and traditional aesthetic, a truly authentic style has been created which has elevated William Henry to the pinnacle of men’s luxury accessories.